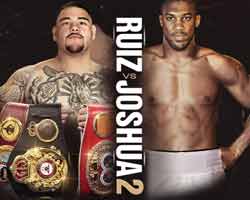 Review by AllTheBestFights.com: 2019-12-07, some good exchanges between Andy Ruiz Jr and Anthony Joshua 2 but it is not enough to get three stars: it gets two.