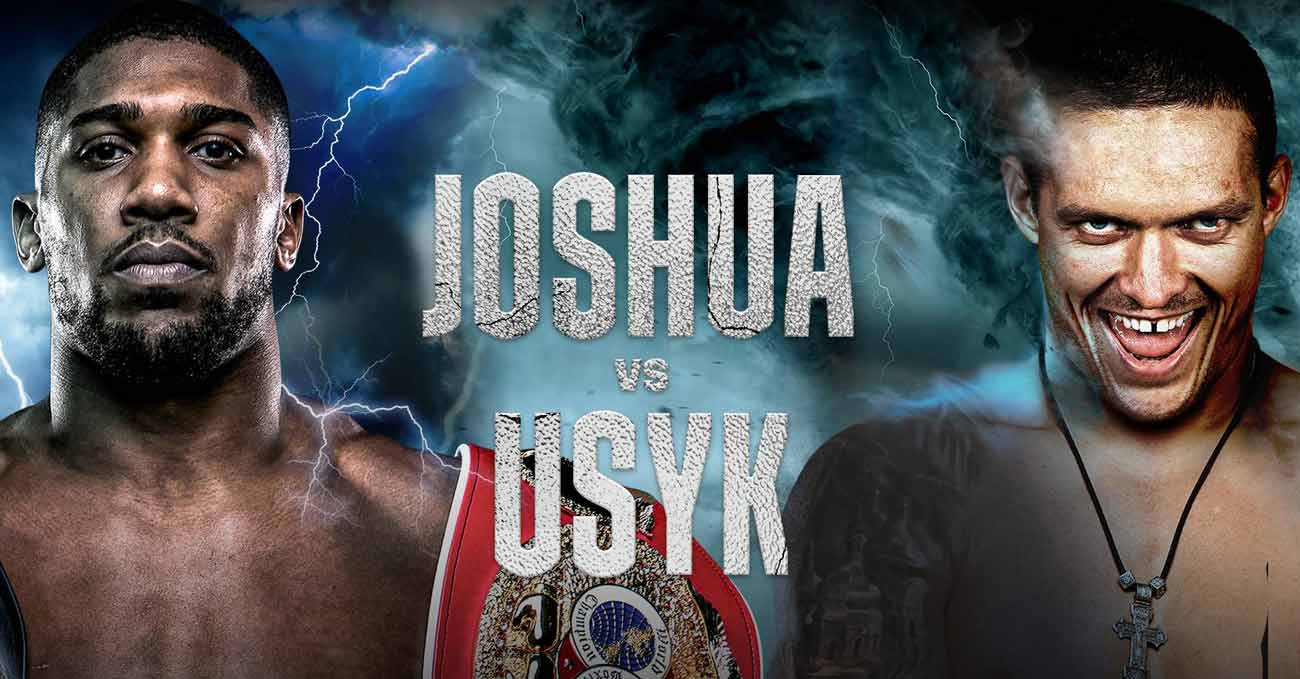 Review by AllTheBestFights.com: 2021-09-25, good boxing fight: Anthony Joshua vs Oleksandr Usyk gets three stars (take a look at our ranking of the Best Boxing Fights of 2021).
Usyk vs Joshua is the main event of the evening and it is valid for the WBA, IBF, WBO and IBO World heavyweight titles (all held by AJ); they also faced each other a second time on August 20, 2022 (Oleksandr Usyk vs Anthony Joshua 2). Watch the video and rate this fight!

The 2012 Olympic super heavyweight gold medalist and current IBF, IBO, WBO, WBA world champion Anthony Joshua entered this fight with a official boxing record of 24-1-0 (22 KOs=92%) and he is ranked as the No.1 heavyweight in the world.
He suffered his only loss when he faced Andy Ruiz Jr in June 2019 (this fight took second place in ours Users’ Boxing Fight of the year 2019, Anthony Joshua vs Andy Ruiz Jr I), after this match AJ took revenge on the Mexican in December 2019 (Andy Ruiz Jr vs Anthony Joshua II) and he beat Kubrat Pulev in 2020 (Anthony Joshua vs Kubrat Pulev).
But if you want to watch Joshua’s best fights, here are two exciting matches: