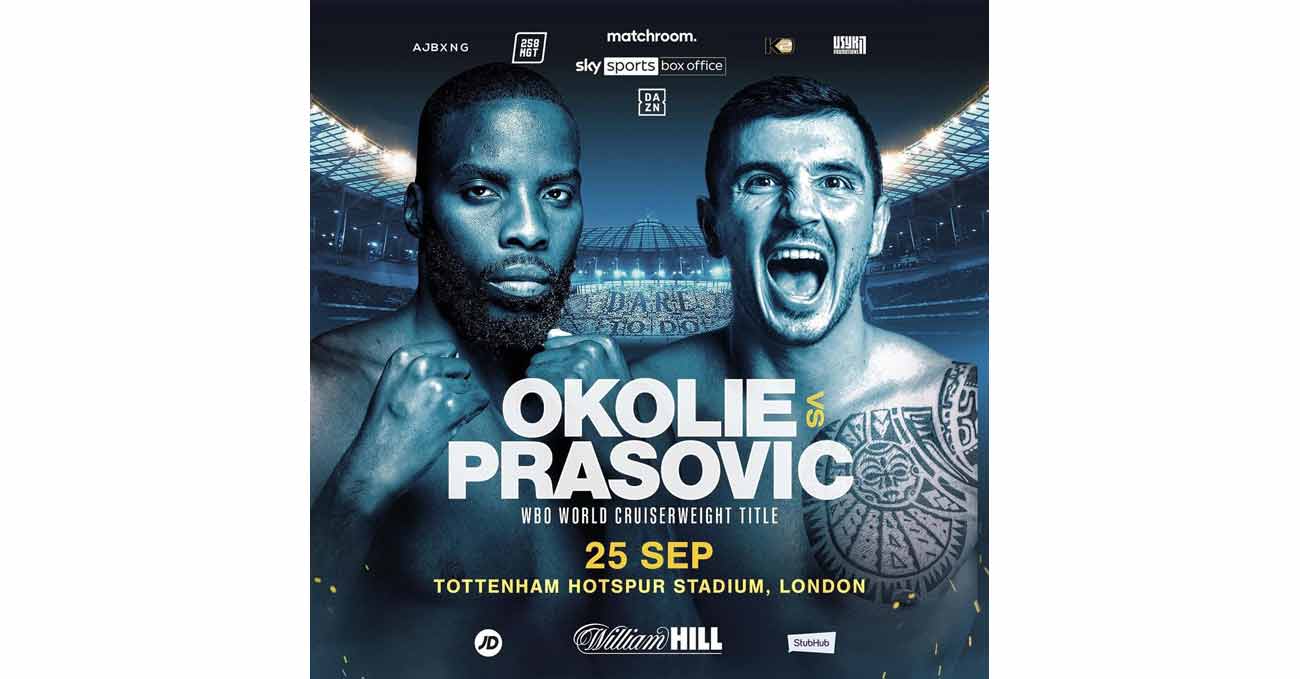 Review by AllTheBestFights.com: 2021-09-25, boxing fight not particularly good: Lawrence Okolie vs Dilan Prasovic gets two stars (take a look at our ranking of the Best Boxing Fights of 2021).
Prasovic vs Okolie is valid for the WBO World cruiserweight title (Okolie’s first defense); undercard of Anthony Joshua vs Oleksandr Usyk. Watch the video and rate this fight!

His opponent, the undefeated Dilan Prasovic, has a boxing record of 15-0-0 (12 KOs=80%) and he entered as the No.27 in the cruiserweight division.
In his last three bouts he has beat Jackson Dos Santos, Edin Puhalo and Tomislav Rudan.