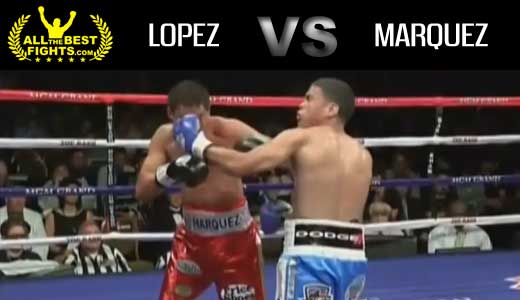 Review: 2010-11-06, Juan Manuel Lopez (29-0-0) had won the WBO featherweight title at the beginning of 2010 against Steven Luevano and in this fight he defended his belt versus Rafael Marquez (39-5-0). The bout was really exciting and could have won the title of “fight of the year”. At the end of the eighth round the match is stopped because Rafael Marquez was unable to continue to fight (shoulder injury) and “Juama” Lopez successfully defended for the second time his world title. Watch the video!