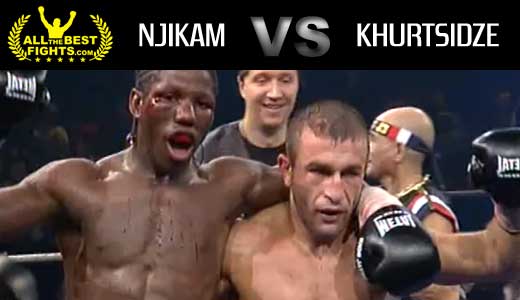 Review: 2010-10-30, the fight between Hassan N’Dam N’Jikam and Avtandil Khurtsidze was one of the best fights of 2010. The undefeated French boxer N’Jikam (24-0-0) faced the Georgian “Tornado” Khurtsidze (23-1-2) for the interim WBA World middleweight title. Khurtsidze pushed forward for twelve rounds, but at the end of this exciting fight the winner was N’Jikam. Watch the video!