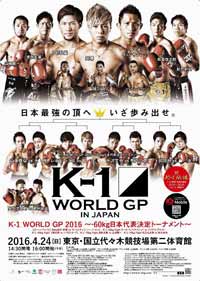 Review by AllTheBestFights.com: 2016-04-24, fight not so exciting between Kaew Fairtex and Ilias Bulaid: it gets two stars.

The former Lumpinee, Wbc and Wpmf world champion Kaew Fairtex (also known as Kaew Weerasakreck) entered this fight with a pro kickboxing record of 135-31-4 (42 knockouts) and he is ranked as the No.1 super lightweight in the world while his opponent, the Enfusion world champion Ilias Bulaid, has an official record of 148-6-2 (49 knockouts) and he entered as the No.11 in the same weight class. Kaew lost to Minoru Kimura at the beginning of 2015 (by majority decision), but then he won five consecutive fights taking revenge on Kimura (=Kaew vs Kimura 2) and beating Massaro Glunder in his last bout (=Kaew vs Glunder). Kaew vs Bulaid is on the undercard of Takeru vs Yoadsenchai Sor Sopitthe – K-1 World GP 2016 -60kg Japan tournament. Watch the video and rate this fight!