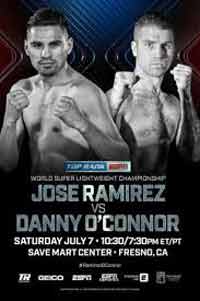 Review by AllTheBestFights.com: 2018-07-07, boring fight between Egidijus Kavaliauskas and Juan Carlos Abreu: it is close to get one star.

The undefeated Olympian Egidijus Kavaliauskas entered this fight with a perfect record of 19-0-0 (16 KOs=84%) and he is ranked as the No.10 welterweight in the world (currently the #1 in this division is Terence Crawford). In his last three fights he has beat Daniel Echeverria, Mahonry Montes and David Avanesyan (David Avanesyan vs Egidijus Kavaliauskas).
His opponent, Juan Carlos Abreu, has a boxing record of 21-3-1 (19 KOs=90%) and he entered as the No.82 in the same weight class. He lost to Alex Martin in 2016 but then he has won over Jesus Soto Karass and Luis Hernandez. Kavaliauskas vs Abreu is valid for the NABF welterweight title. Watch the video and rate this fight!