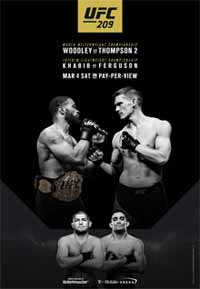 Review by AllTheBestFights.com: 2017-03-04, fight not particularly good between Rashad Evans and Daniel Kelly: it gets two stars.

The black belt in no-gi Bjj, Gaidojutsu and former Ufc light-Hw champion Rashad Evans entered this fight with a professional mma record of 19-5-1 (47% finishing rate) and he is ranked as the No.16 light heavyweight in the world but he comes off two consecutive losses, against Ryan Bader (=Evans vs Bader) and Glover Teixeira (=Teixeira vs Evans).
His opponent, the black belt in Brazilian jiu-jitsu and judo Daniel Kelly, has an official record of 12-1-0 (67% finishing rate) and he entered as the No.28 middleweight. He suffered his only defeat against Sam Alvey in 2015, after this bout he has won over Steve Montgomery, Antonio Carlos Jr (=Carlos Jr vs Kelly) and Chris Camozzi (=Camozzi vs Kelly). Daniel Kelly vs Rashad Evans is on the undercard of Tyron Woodley vs Stephen Thompson 2 – UFC 209. Watch the video and rate this fight!