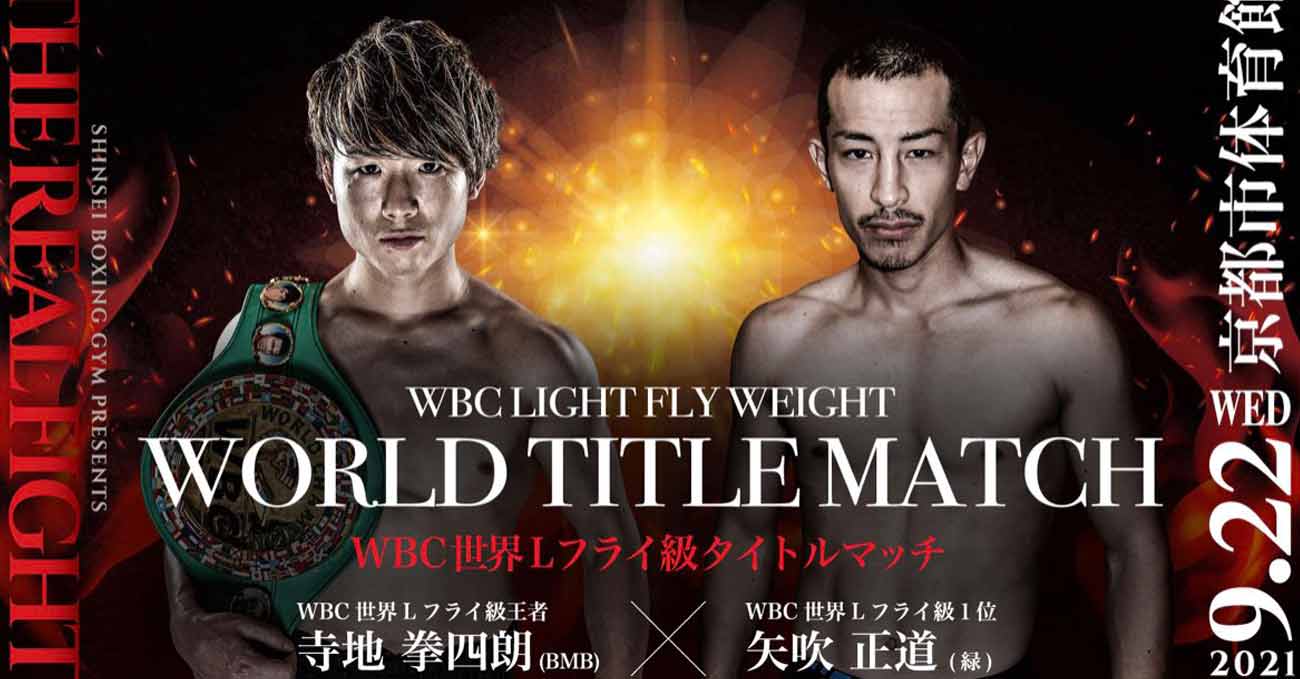 Review by AllTheBestFights.com: 2021-09-22, pretty good boxing fight: Kenshiro Teraji vs Masamichi Yabuki gets three stars (take a look at our ranking of the Best Boxing Fights of 2021).
Yabuki vs Ken Shiro is the main event of the evening and it is valid for the WBC World light-flyweight title (KenShiro’s ninth defense). Watch the video and rate this fight!

His opponent, Masamichi Yabuki, has an official record of 12-3-0 (11 KOs=92%) and he entered as the No.5 in the light flyweight division.
He was defeated by Daniel Matellon in 2018 but since then he has won five consecutive bouts beating Tsuyoshi Sato and Toshimasa Ouchi in 2020.

Their next fight: Masamichi Yabuki vs Kenshiro Teraji 2