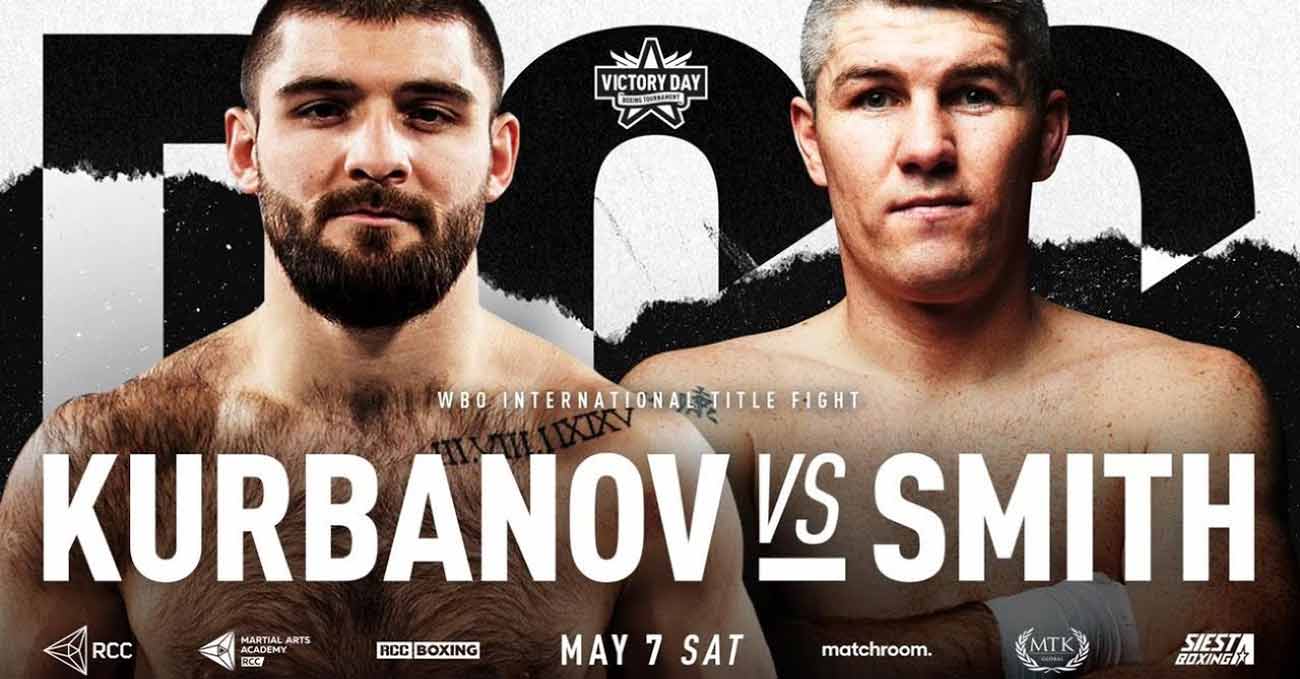 Review by AllTheBestFights.com: 2021-05-07, close bout with some nice exchanges: the boxing fight Liam Smith vs Magomed Kurbanov gets three stars (take a look at our ranking of the Best Boxing Fights of 2021).
Kurbanov vs Smith is the main event of the evening and it is valid for the vacant WBO International super-welterweight title. Watch the video and rate this fight!

His opponent, the undefeated Magomed Kurbanov, has a perfect boxing record of 21-0-0 (13 knockouts) and he entered as the No.15 in the super welterweight division.
He fought three times last year winning over Ismail Iliev, Ilya Ochkin and Dmitry Mikhaylenko.

Selection of the best videos about the fight Liam Smith vs Magomed Kurbanov. If you have seen the full fight you can rate it at the bottom of this post.