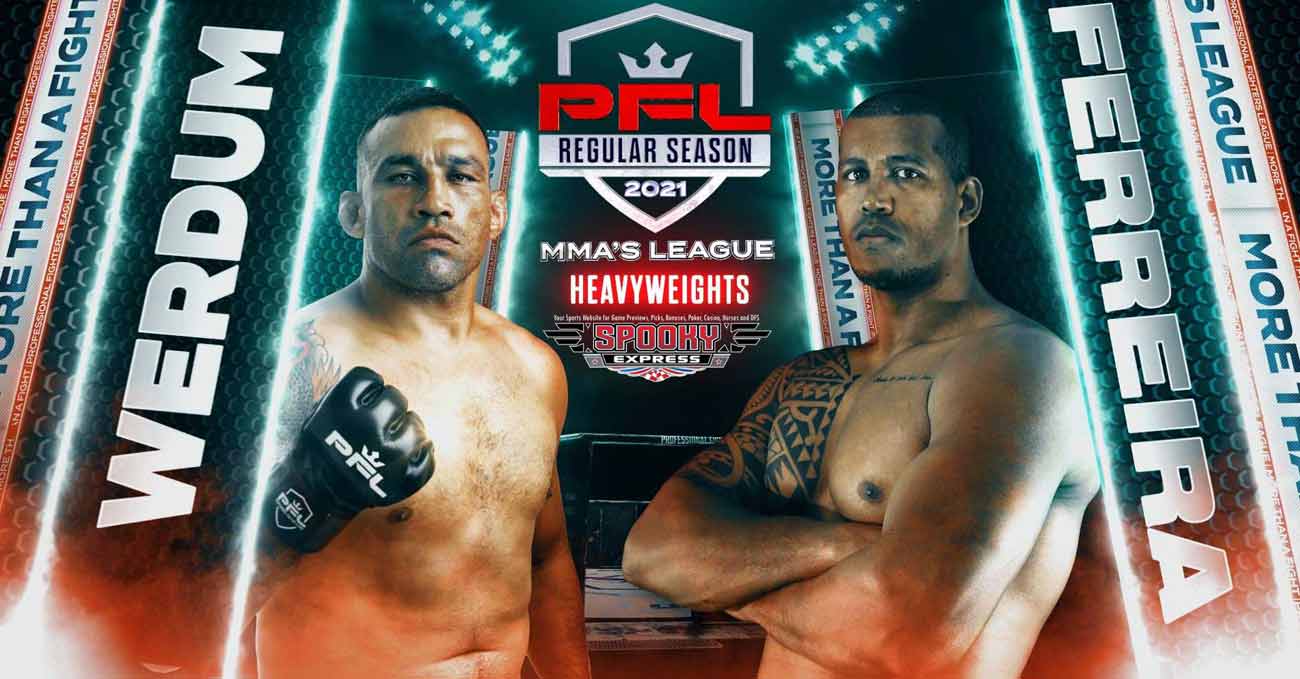 Review by AllTheBestFights.com: 2021-05-06, good mma fight: Fabricio Werdum vs Renan Ferreira gets three stars.
Ferreira vs Werdum is the main event of Professional Fighters League 3 – PFL 3. Watch the video and rate this fight!

The black belt in judo, Brazilian jiu-jitsu and former Ufc Hw champ Fabricio Werdum entered this fight with a professional mma record of 24-9-1 (75% finishing rate) and he is ranked as the No.10 heavyweight in the world (currently the #1 in this division is Francis Ngannou).
‘Vai Cavalo’ Werdum lost two consecutive bouts between 2018 and 2020, against Alexander Volkov (Fabricio Werdum vs Alexander Volkov) and Alexey Oleynik (Alexey Oleynik vs Fabricio Werdum), but he came back to win with Alexander Gustafsson in July 2020 (Fabricio Werdum vs Alexander Gustafsson).
If you want to watch Werdum’s best fights, here are two matches ranked in the top 10 Users’ mma Fights of the Year:

His opponent, Renan Ferreira, has an official record of 6-2-0 (100% finishing rate) but he is not ranked as he hasn’t fought since August 30, 2019.
He fought three times in 2019 beating Fabricio Almeida Goncalves and Jared Vanderaa, but between these two bouts he also lost to Brett Martin.

Selection of the best videos about the fight Fabricio Werdum vs Renan Ferreira. If you have seen the full fight you can rate it at the bottom of this post.