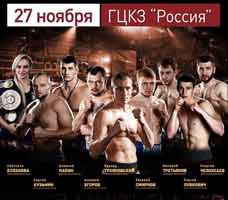 Review by AllTheBestFights.com: 2017-11-27, fight not so exciting between Amir Mansour and Sergey Kuzmin: it gets two stars.

The undefeated Sergey Kuzmin entered this fight with a perfect boxing record of 11-0-0 (8 knockouts) and he is ranked as the No.31 heavyweight in the world. He has already fought three times in 2017 winning over Vaclav Pejsar, Keenan Hickman and Malcolm Tann.
His opponent, the 45-year-old Amir Mansour (15 years older than Kuzmin), has an official record of 23-2-1 (16 knockouts) and he entered as the No.33 in the same weight class. He lost to Dominic Breazeale in 2016 (=Mansour vs Breazeale) but he cam back to win in 2017 with Travis Kauffman (=Kauffman vs Mansour). Mansour vs Kuzmin is valid for the vacant WBC International heavyweight title; undercard of Eduard Troyanovsky vs Carlos Manuel Portillo. Watch the video and rate this fight!

Result: Click here to show the fight’s result
Sergey Kuzmin vs Amir Mansour (No contest, round 3)

(Free embeddable video hosted on Youtube and not uploaded by AllTheBestFights)
https://www.youtube.com/watch?v=vPPFjlNGqjE