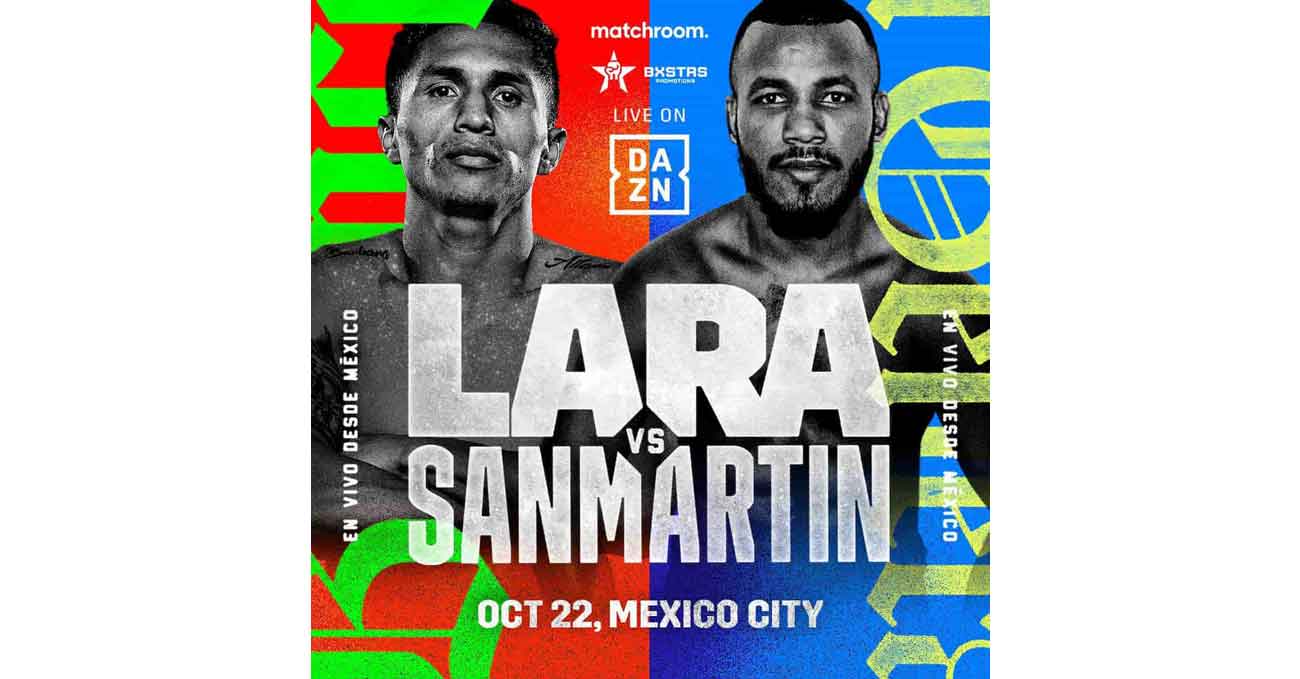 Review by AllTheBestFights.com: 2022-10-22, one sided boxing match: Mauricio Lara vs Jose Sanmartin gets two stars (take a look at our ranking of the Best Boxing Fights of 2022).
Sanmartin vs Lara is scheduled to take place Saturday, October 22nd, at the Plaza de Toros in Mexico City (Mexico), in a 10-round featherweight (126 lbs, 57.2 kg) bout; it is the main event of the evening. Watch the video and rate this fight!

His opponent, Jose Sanmartin, has an official record of 33-5-1 (21 knockouts) and he entered as the No.101 in the featherweight division.
He was defeated by Emanuel Navarrete in 2018 (Emanuel Navarrete vs Jose Sanmartin) but since then he has won seven consecutive fights beating David Carmona and Stiven Monterrosa in his last two.