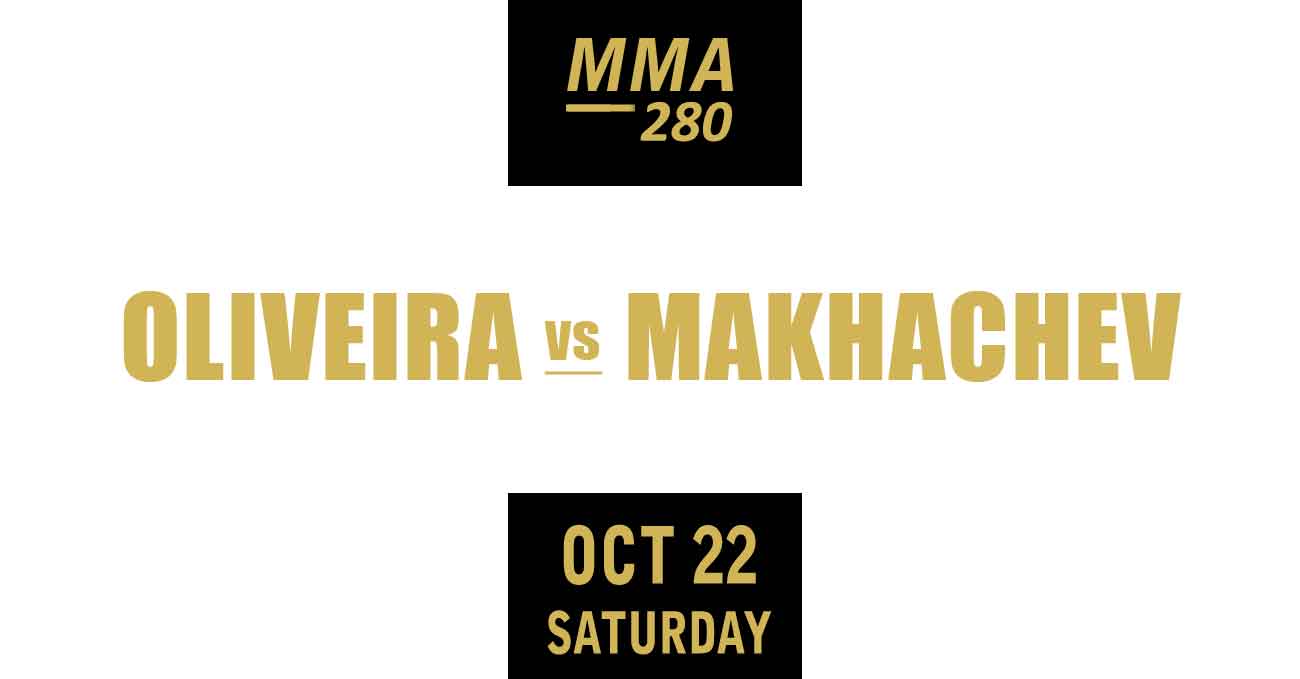 Review by AllTheBestFights.com: 2022-10-22, great mma bout: Charles Oliveira vs Islam Makhachev gets three stars (UFC Performance of the Night – take a look at our ranking of the Best Mma Fights of 2022).
Makhachev vs Oliveira is scheduled to take place Saturday, October 22nd, at the Etihad Arena in Abu Dhabi (United Arab Emirates), in a 5-round lightweight (155 lbs, 70 kg) bout; it is the main event of UFC 280 and it is valid for the vacant UFC lightweight Championship. Watch the video and rate this fight!

Before the bout take place, you can watch the official preview videos: UFC 280 countdown, embedded Vlog series, press conference, ceremonial weigh-ins (on Friday) etc, or discover how to watch Oliveira vs Makhachev on tv, the fight time and the card.