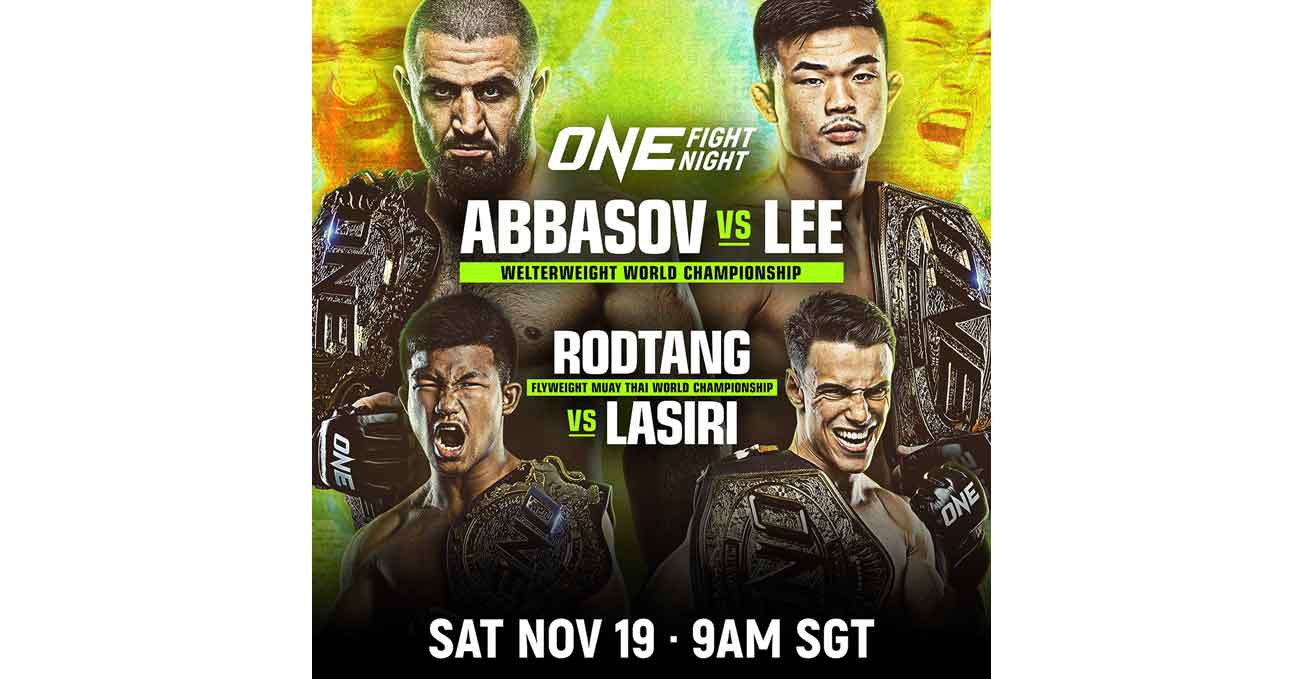 Review by AllTheBestFights.com: 2022-11-19, good mma match: Kiamrian Abbasov vs Christian Lee gets three stars (take a look at our ranking of the Best Mma Fights of 2022).
Lee vs Abbasov is scheduled to take place Saturday, November 19th, at the Singapore Indoor Stadium in Kallang (Singapore), in a 5-round middleweight (185 lbs, 84 kg) bout; it is the main event of ONE on Prime Video 4 (also known as ONE Fight Night 4) and it is valid for the ONE welterweight title. Watch the video and rate this fight!