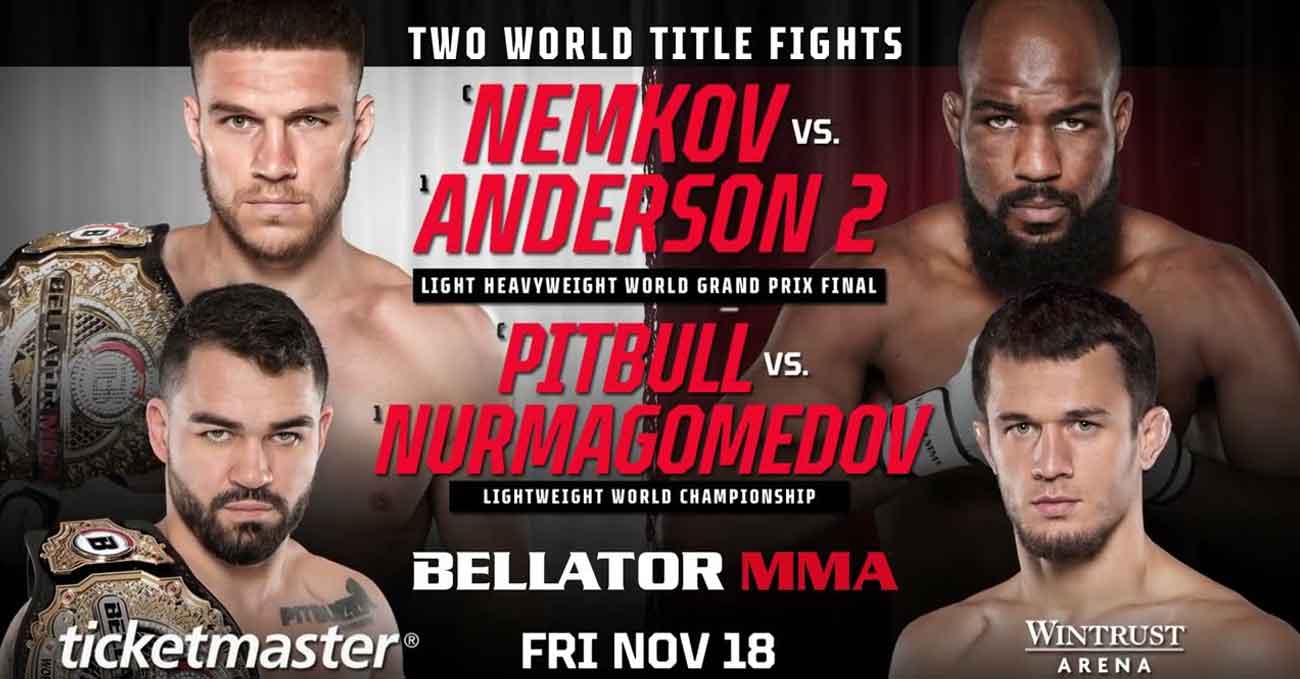 Review by AllTheBestFights.com: 2022-11-18, mma match not particularly good: Patricky Freire vs Usman Nurmagomedov gets two stars (take a look at our ranking of the Best Mma Fights of 2022).
Nurmagomedov vs Pitbull is scheduled to take place Friday, November 18th, at the Wintrust Arena in Chicago (Illinois, USA), in a 5-round lightweight (155 lbs, 70 kg) bout; it is valid for the Bellator lightweight title and it is on the undercard of Vadim Nemkov vs Corey Anderson 2 – Bellator 288. Watch the video and rate this fight!

His opponent, the undefeated Usman Nurmagomedov (cousin of Khabib Nurmagomedov), has a perfect record of 15-0-0 (87% finishing rate) and he entered as the No.58 in the lightweight division.
In his last three fights he has won over Manny Muro (Usman Nurmagomedov vs Luis Muro), Patrik Pietila and Chris Gonzalez.