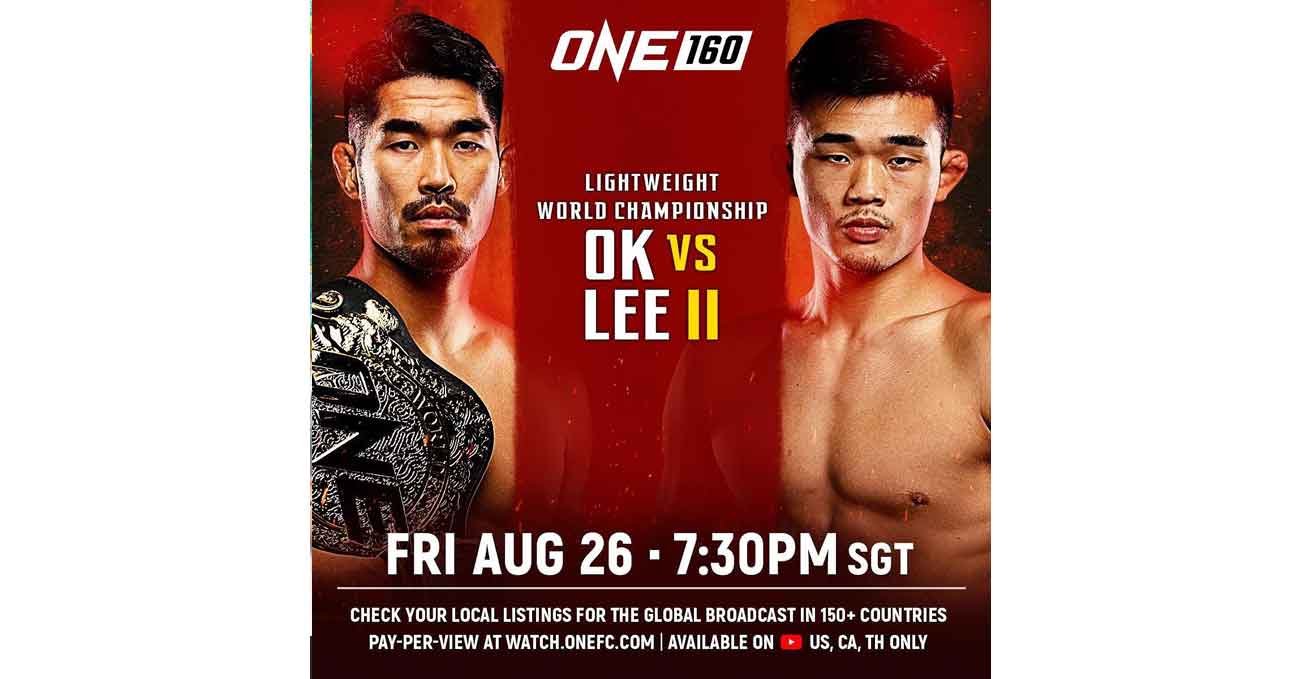 Review by AllTheBestFights.com: 2022-08-26, pretty good mma match: Rae Yoon Ok vs Christian Lee 2 gets three stars (take a look at our ranking of the Best Mma Fights of 2022).
Lee vs Ok 2 is scheduled to take place Friday, August 26th, at the Singapore Indoor Stadium in Singapore, in a 5-round welterweight (170 lbs, 77 kg) bout; it is the main event of ONE 160 and it is valid for the ONE lightweight championship (Ok’s first defense). Watch the video and rate this fight!