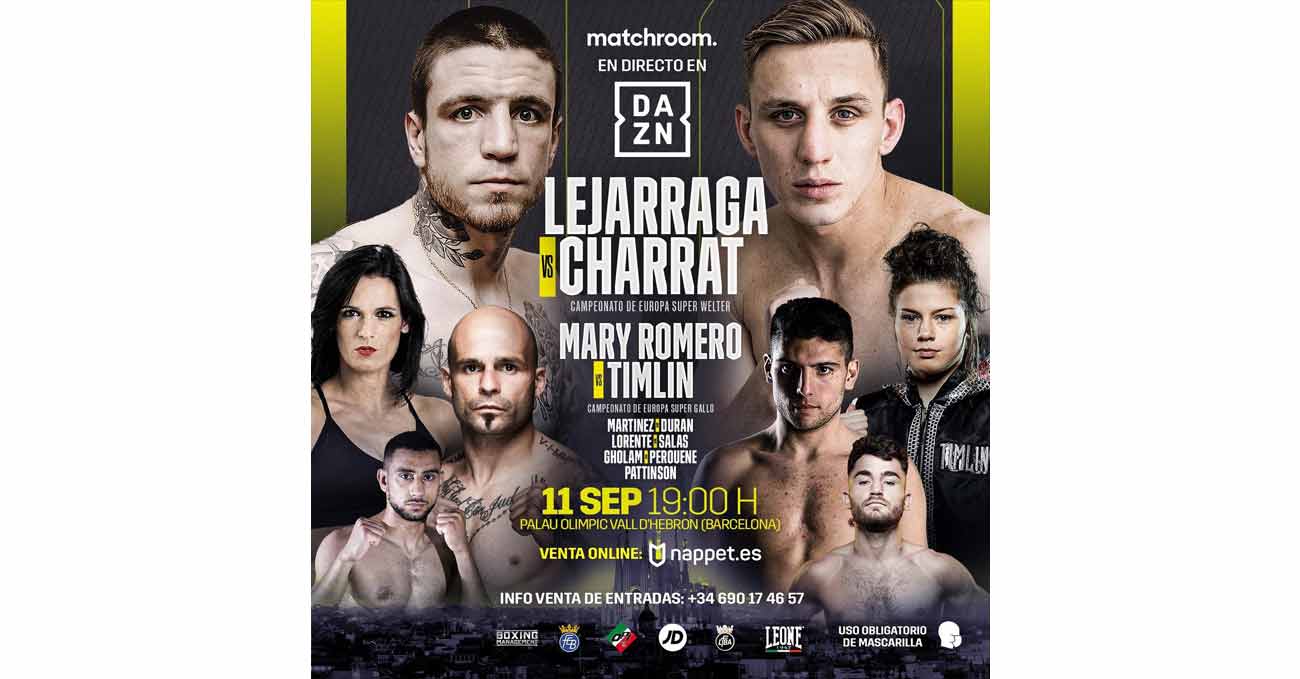 Review by AllTheBestFights.com: 2021-09-11, good boxing fight: Kerman Lejarraga vs Dylan Charrat gets three stars (take a look at our ranking of the Best Boxing Fights of 2021).
Charrat vs Lejarraga is the main event of the evening and it is valid for the vacant EBU European super-welterweight title. Watch the video and rate this fight!

His opponent, the undefeated Dylan Charrat, has an official boxing record of 20-0-1 (6 knockouts) but he is not ranked as he hasn’t fought since 2019.
The only man who stopped him in a draw was Howard Cospolite in 2018, after this match he took revenge on Cospolite and he has also beat Johan Perez and Dmitry Mikhaylenko.