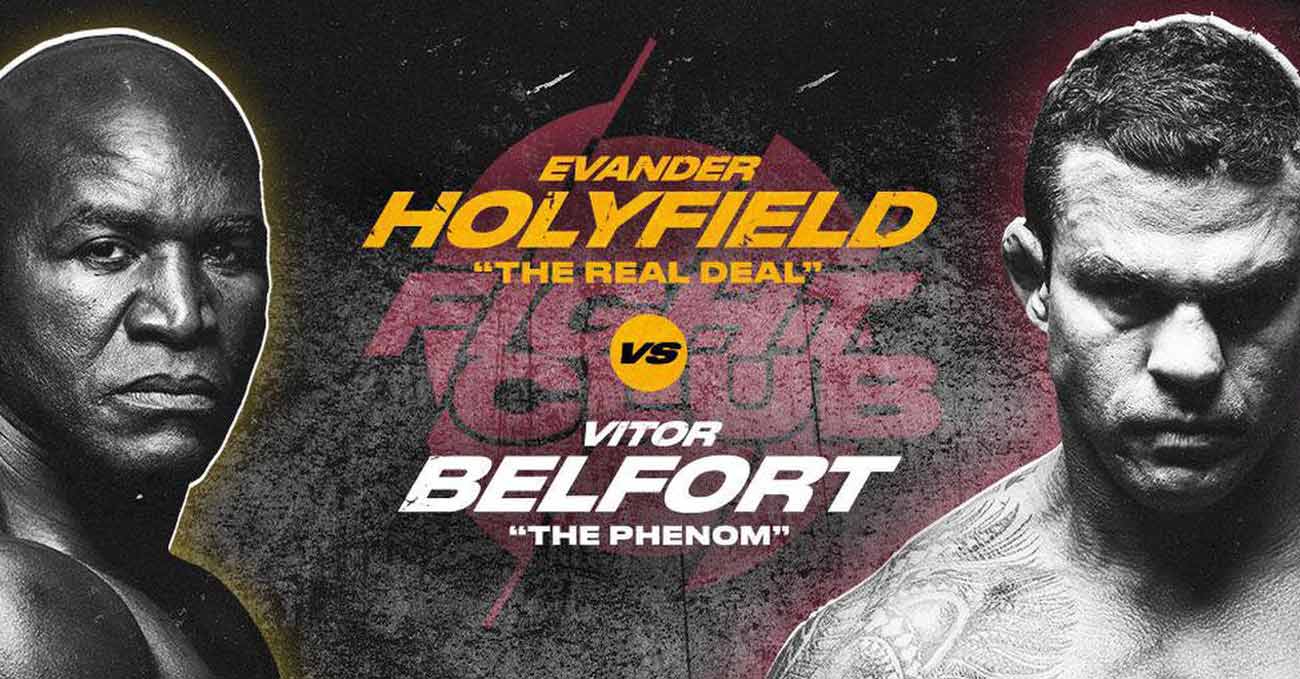 Review by AllTheBestFights.com: 2021-09-11, boxing fight not so exciting: Evander Holyfield vs Vitor Belfort gets two stars (take a look at our ranking of the Best Boxing Fights of 2021).
Belfort vs Holyfield is the main event of the evening (on the original fight card the Brazilian was expected to face Oscar De La Hoya who has been forced to withdraw due to Covid-19). Watch the video and rate this fight!

The former Olympian and former world champion in two different weight classes Evander Holyfield (who replaces Oscar De La Hoya) entered this fight with a professional boxing record of 44-10-2 (29 knockouts) but he is not ranked as he hasn’t fought since 2011 (he is now 58 years old, 14 years older than Belfort).
He lost two consecutive matches between 2007 and 2008, against Sultan Ibragimov and Nikolai Valuev, but then he has collected one no-contest and two victories beating Brian Nielsen in his last one.

His opponent, the black belt in Bjj, judo and former Ufc Hw and light-Hw champion Vitor Belfort, has an official mma record of 26-14-0 (81% finishing rate) but he is not ranked as he hasn’t fought since 2018. ‘The Phenom’ has also a pro boxing record of 1-0-0 since he beat Josemario Neves in 2006.
In his last three mma bouts he has lost to Kelvin Gastelum (then overturned in a no-contest because the American tested positive for marijuana, Belfort vs Gastelum), he has beat Nate Marquardt (Vitor Belfort vs Nate Marquardt) and he has lost to Lyoto Machida (4-stars fight, Vitor Belfort vs Lyoto Machida).
Among the best fights of Belfort we suggest also a match rated with four stars: Vitor Belfort vs Luke Rockhold.