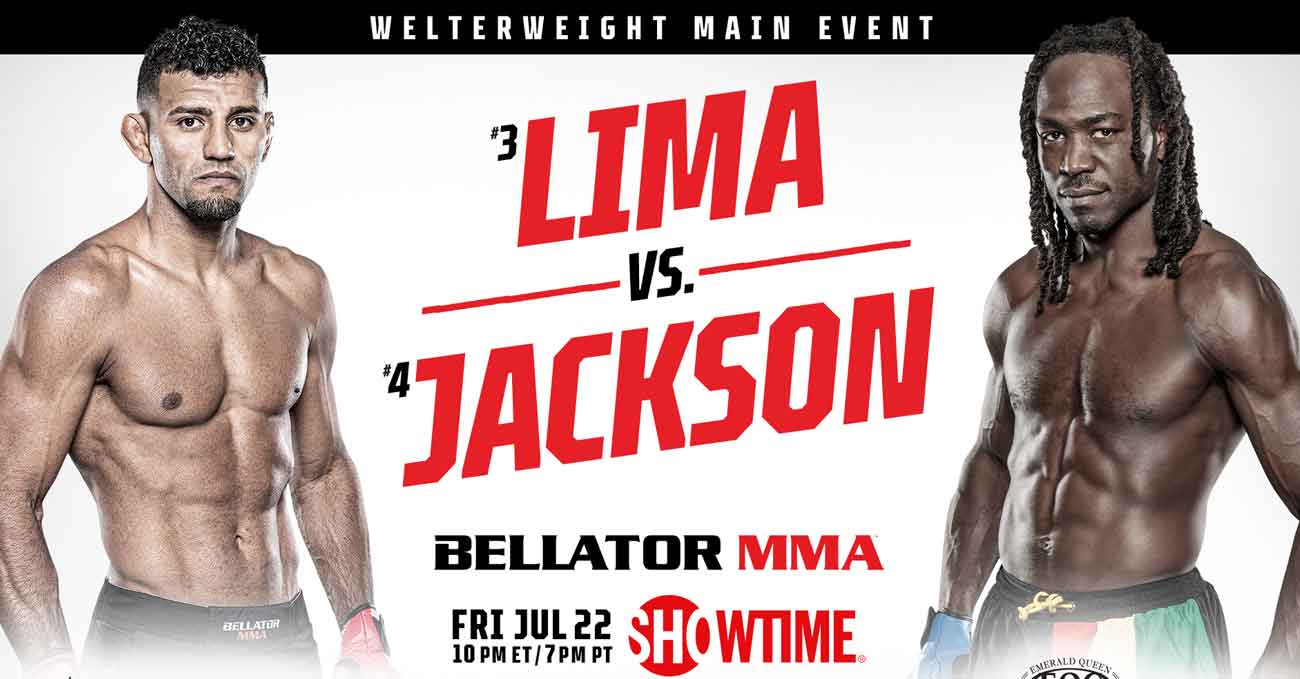 Review by AllTheBestFights.com: 2022-07-22, disappointing mma bout: Douglas Lima vs Jason Jackson gets two stars (take a look at our ranking of the Best Mma Fights of 2022).
Jackson vs Lima is scheduled to take place Friday, July 22nd, at the Emerald Queen Casino and Hotel in Tacoma (Washington, United States), in a 5-round welterweight (170 lbs, 77 kg) bout; it is the main event of Bellator 283. Watch the video and rate this fight!

Before the bout take place, you can watch the official preview videos, weigh-in or discover how to watch Bellator 283: Lima vs Jackson live stream on AllTheBestFights.com for free (official stream from Youtube), the fight time and the card.

The black belt in Bjj and former Bellator Ww champ Douglas Lima entered this fight with a professional mma record of 32-10-0 (81% finishing rate) and he is ranked as the No.17 welterweight in the world.
The last time he won a match was against Rory MacDonald in 2019 (Rory MacDonald vs Douglas Lima 2), since then he has lost three consecutive bouts, against Gegard Mousasi (when he moved up in weight class to the middleweight division, Gegard Mousasi vs Douglas Lima), Yaroslav Amosov (Douglas Lima vs Yaroslav Amosov) and Michael Venom Page (Douglas Lima vs Michael Page 2).

His opponent, Jason Jackson, has an official record of 15-4-0 (47% finishing rate) and he entered as the No.18 in the welterweight division.
He lost to Ed Ruth in 2019 but then he has won five matches beating Benson Henderson (Benson Henderson vs Jason Jackson), Neiman Gracie and Paul Daley.