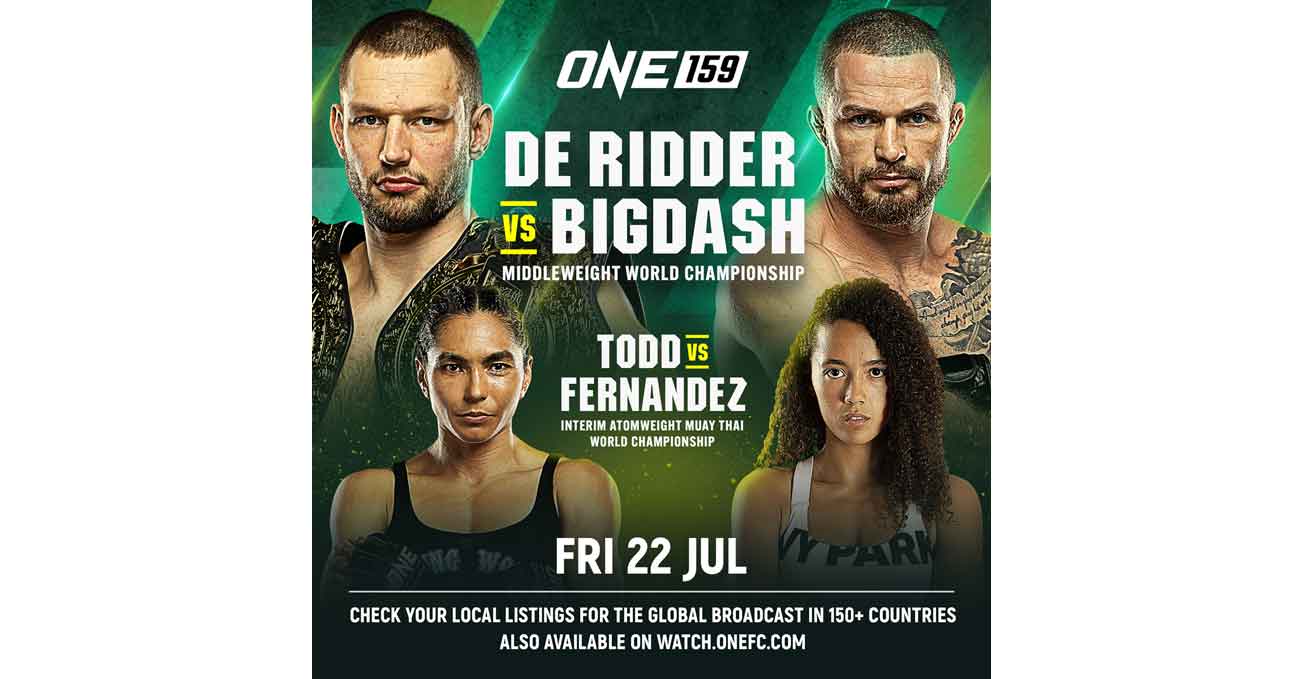 Review by AllTheBestFights.com: 2022-07-22, the mma bout Reinier de Ridder vs Vitaly Bigdash gets three stars only thanks to a good finish (take a look at our ranking of the Best Mma Fights of 2022).
Bigdash vs de Ridder is scheduled to take place Friday, July 22nd, at the Singapore Indoor Stadium in Singapore, in a 5-round light heavyweight (205 lbs, 93 kg) bout; it is the main event of the evening and it is valid for the ONE middleweight title – ONE 159. Watch the video and rate this fight!

Before the bout take place, you can watch the ceremonial weigh-ins & faceoffs or discover how to watch ONE 159: de Ridder vs Bigdash live stream on AllTheBestFights.com for free, the fight time and the card.