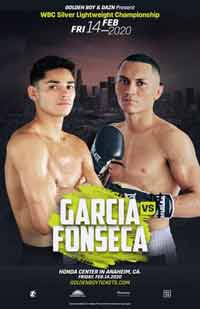 Review by AllTheBestFights.com: 2020-02-14, good fight between Jorge Linares and Carlos Morales: it gets three stars.

The former world champion in three different weight classes Jorge Linares entered this fight with a professional record of 46-5-0 (28 knockouts) and he is ranked as the No.14 super lightweight in the world. He fought twice last year losing to Pablo Cesar Cano (Jorge Linares vs Pablo Cesar Cano) and beating Al Toyogon (Jorge Linares vs Al Toyogon).
His opponent, Carlos Morales, has a boxing record of 19-4-4 (8 knockouts) and he entered as the No.50 super featherweight. He lost two consecutive bouts in 2018, against Ryan Garcia (Ryan Garcia vs Carlos Morales) and Rene Alvarado, but then he has collected two victories, with Pedro Navarrete and Rosekie Cristobal, and one draw, against Mercito Gesta (Carlos Morales vs Mercito Gesta). Linares vs Morales is on the undercard of Ryan Garcia vs Francisco Fonseca. Watch the video and rate this fight!