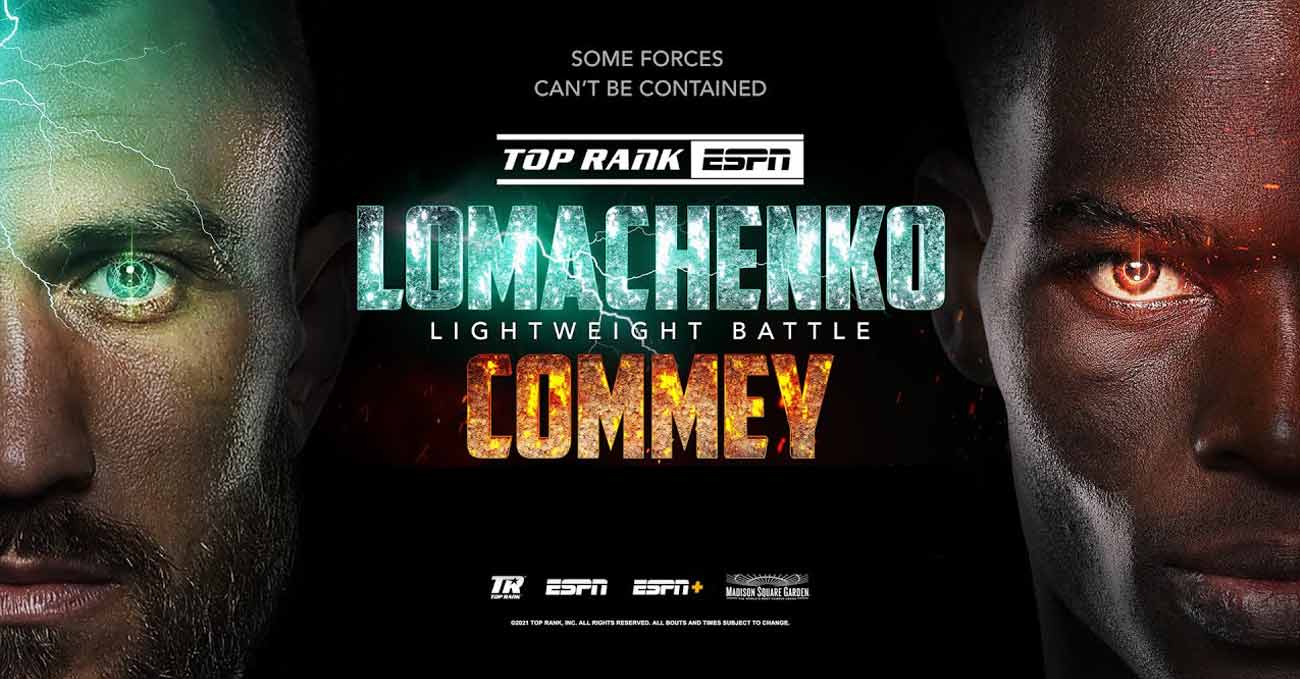 Review by AllTheBestFights.com: 2021-12-11, great boxing fight: Vasyl Lomachenko vs Richard Commey gets three stars (take a look at our ranking of the Best Boxing Fights of 2021).
Commey vs Lomachenko is the main event of the evening. Watch the video and rate this fight!

The 2012 and 2008 Olympic gold medalist and former world champ in three different weight classes Vasyl Lomachenko entered this fight with a pro boxing record of 15-2-0 (11 knockouts) and he is ranked as the No.2 lightweight in the world (currently the #1 in this division is Gervonta Davis).
Both his two defeats were controversial decision, with Orlando Salido at his second professional bout in 2014 (Salido vs Lomachenko) and with Teofimo Lopez last year (controversial decision, Vasyl Lomachenko vs Teofimo Lopez); after this match Loma came back to win with Masayoshi Nakatani in June 2021 (Vasyl Lomachenko vs Masayoshi Nakatani).
But if you want to watch Lomachenko’s best fights, here are two matches both rated with 4 stars and ranked in the top 10 Users’ boxing Fights of the Year, in 2016 and 2018: