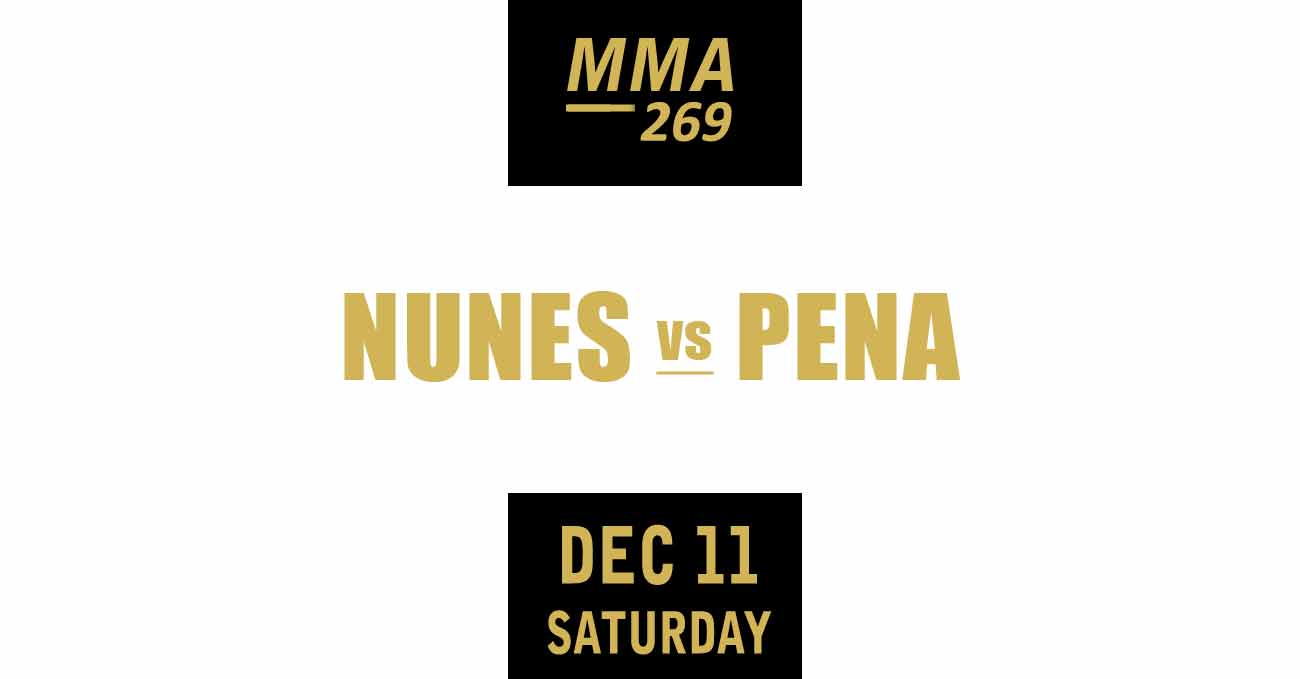 Review by AllTheBestFights.com: 2021-12-11, great mma fight: Amanda Nunes vs Julianna Pena is very close to get four stars (UFC Performance of the Night – take a look at our ranking of the Best Mma Fights of 2021).
Pena vs Nunes is valid for the UFC women’s bantamweight title; undercard of Charles Oliveira vs Dustin Poirier – UFC 269. Watch the video and rate this fight!

The black belt in Brazilian jiu-jitsu, current Ufc women’s Fw and Bw champ Amanda Nunes entered this fight with a pro mma record of 21-4-0 (81% finishing rate) and she is ranked as the No.1 women’s bantamweight in the world.
She suffered her last loss when she faced Cat Zingano in 2014 (Zingano vs Nunes), since then she has won 12 consecutive bouts beating Felicia Spencer (Amanda Nunes vs Felicia Spencer) and Megan Anderson in her last two (Amanda Nunes vs Megan Anderson).
But if you want to watch Nunes’ best fights, here are two matches both ranked in the top 10 Users’ mma Fights of the Year:

Her opponent, the TUF 18 tournament winner Julianna Pena, has a record of 10-4-0 (70% finishing rate) and she entered as the No.7 in the women’s bantamweight division.
In her last three bouts she beat Nicco Montano in 2019 and Sara McMann in January 2021, but between these two fights she lost to Germaine de Randamie (Germaine de Randamie vs Julianna Pena).

Their next fight: Julianna Pena vs Amanda Nunes 2