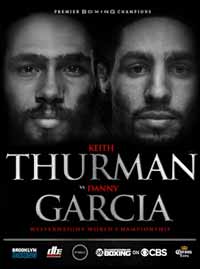 Review by AllTheBestFights.com: 2017-03-04, pretty good finish between Erickson Lubin and Jorge Cota but it is not enough to get three stars: it gets two.

The undefeated Erickson Lubin entered this fight with a boxing record of 17-0-0 (12 knockouts) and he is ranked as the No.16 super welterweight in the world. He fought four times last year winning over Jose De Jesus Macias, Daniel Sandoval (=Sandoval vs Lubin), Ivan Montero and Juan Ubaldo Cabrera.
His opponent, Jorge Cota, has an official record of 25-1-0 (22 KOs=88%) but he is not ranked as he hasn’t fought since August 2, 2015 when he defeated Yudel Jhonson. ‘Demonio’ Cota suffered his only loss when he faced Marco Antonio Rubio in 2012 (=Rubio vs Cota). Erickson Lubin vs Jorge Cota is on the undercard of Keith Thurman vs Danny Garcia. Watch the video and rate this fight!