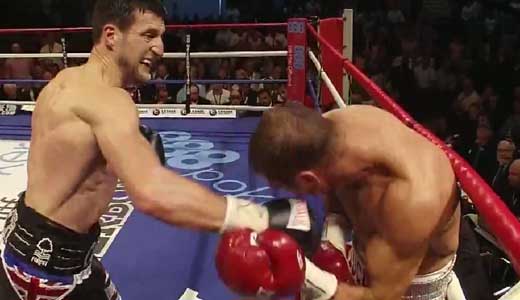 Review: 2012-05-26, exciting fight with two impressive rounds (3rd and 4th) and a good TKO: Lucian Bute vs Carl Froch is definitely one of the best boxing fights of the year. The undefeated Lucian Bute (30-0-0) entered as the No.2 super middleweight in the world while Carl Froch (28-2-0) entered as the No.3. Bute vs Froch is valid for the IBF super middleweight title (Bute’s tenth defense). Watch the video!

Video: (this is a free embeddable video hosted on Dailymotion.com and it was not uploaded by AllTheBestFights, to report it please visit this link where the video is hosted)