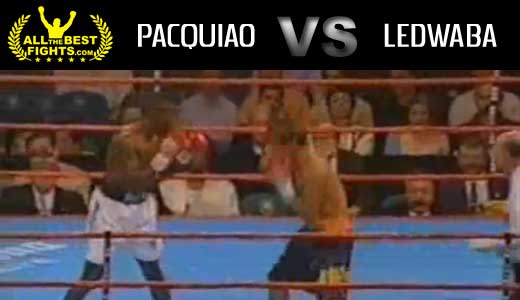 Review:2001-06-23, Manny Pacquiao vs Lehlohonolo Ledwaba was the first fight of Pacquiao in the USA and was certainly one of the best fight of 2001. Manny Pacquiao was 22 years old and had a record of 32 wins and 2 losses (with Torrecampo in 1996 and Singsurat in 1999) and that day against Ledwaba, he fought for the IBF super bantamweight title. Watch the video!