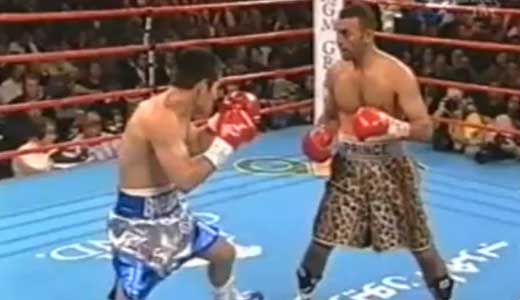 Review: 2001-04-07, Marco Antonio Barrera vs Naseem Hamed was probably the most anticipated fight of 2001, two great boxing champions, both very spectacular. Barrera had a record of 52 wins and 3 losses (two with Junior Jones and one against Erik Morales, bout named fight of the year of 2000) while Prince Naseem Hamed still had a perfect record: 35 fights with no defeats. The two boxers hated each others in fact during the fight there are some improprieties, but it was one of the most exciting fights of 2001. Watch the video!