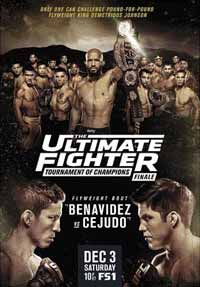 Review by AllTheBestFights.com: 2016-12-03, good exchanges between Jake Ellenberger and Jorge Masvidal: it gets three stars.

Jake Ellenberger entered this fight with a mma record of 31-11-0 (81% finishing rate) and he is ranked as the No.15 welterweight in the world while his opponent, Jorge Masvidal, has an official record of 30-11-0 (43% finishing rate) and he entered as the No.24 in the same weight class. Both fighters have lost two out of their last three bouts but then they has won their last one: Ellenberger has been defeated by Stephen Thompson (=Ellenberger vs Thompson) and Tarec Saffiedine but then he has won over Matt Brown (=Brown vs Ellenberger) while Masvidal has lost to Benson Henderson (=Henderson vs Masvidal) and Lorenz Larkin (=Masvidal vs Larkin) but he has beat Ross Pearson. Ellenberger vs Masvidal is on the undercard of Demetrious Johnson vs Tim Elliott – UFC Tuf 24 Finale. Watch the video and rate this fight!