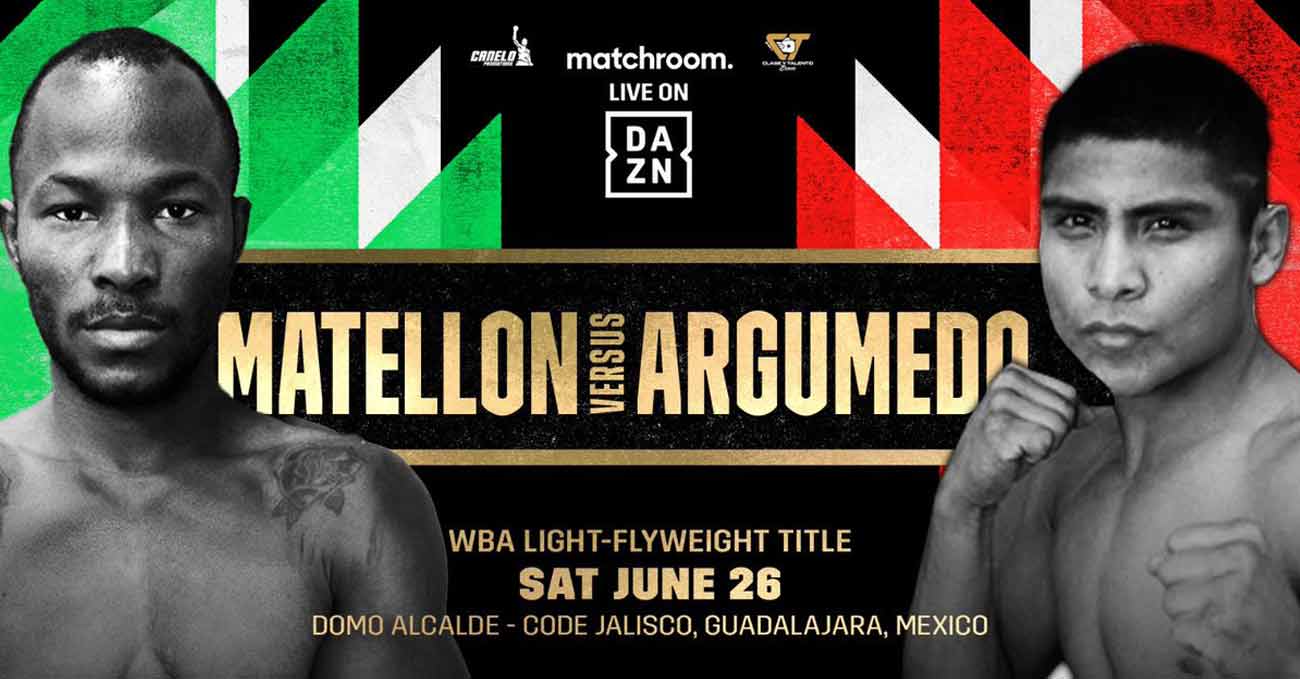 Review by AllTheBestFights.com: 2021-06-26, the boxing fight Daniel Matellon vs Jose Argumedo gets three stars thanks to a good second part of the bout (take a look at our ranking of the Best Boxing Fights of 2021).
Argumedo vs Matellon is valid for the interim WBA World light-flyweight title (Matellon’s first defense); undercard of Julio Cesar Martinez vs Joel Cordova. Watch the video and rate this fight!

The undefeated Daniel Matellon entered this fight with a boxing record of 11-0-2 (6 knockouts) and he is ranked as the No.13 light flyweight in the world.
He tied two fights between 2016 and 2017, against Argenis Cheremo and Azael Villar, but since then he has won nine consecutive matches beating Mario Andrade, Luis de la Rosa and Erick Omar Lopez Garcia in his last three (Daniel Matellon vs Erik Omar Lopez Garcia).

Selection of the best videos about the fight Daniel Matellon vs Jose Argumedo. If you have seen the full fight you can rate it at the bottom of this post.