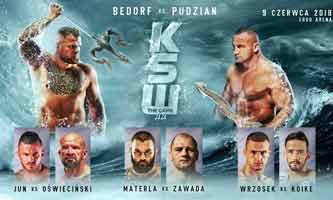 Review by AllTheBestFights.com: 2018-06-09, pretty good fight between Michal Materla and Martin Zawada: it gets three stars.

The former KSW Mw champion Michal Materla entered this fight with a pro mma record of 25-6-0 (76% finishing rate) and he is ranked as the No.34 middleweight in the world but he comes off the loss against Scott Askham (Michal Materla vs Scott Askham); before this fight, in 2017, he had beat Paulo Thiago (Michal Materla vs Paulo Thiago).
His opponent, Martin Zawada, has a record of 28-14-1 (82% finishing rate) and he entered as the No.79 light heavyweight. He lost to Rashid Yusupov in 2015 but then he has beat Andreas Kraniotakes and Lukasz Jurkowski. Materla vs Zawada is on the undercard of Mariusz Pudzianowski vs Karol Bedorf – KSW 44. Watch the video and rate this fight!

(Free embeddable video hosted on Youtube and not uploaded by AllTheBestFights)
https://www.youtube.com/watch?v=Hf9INF2gLJE