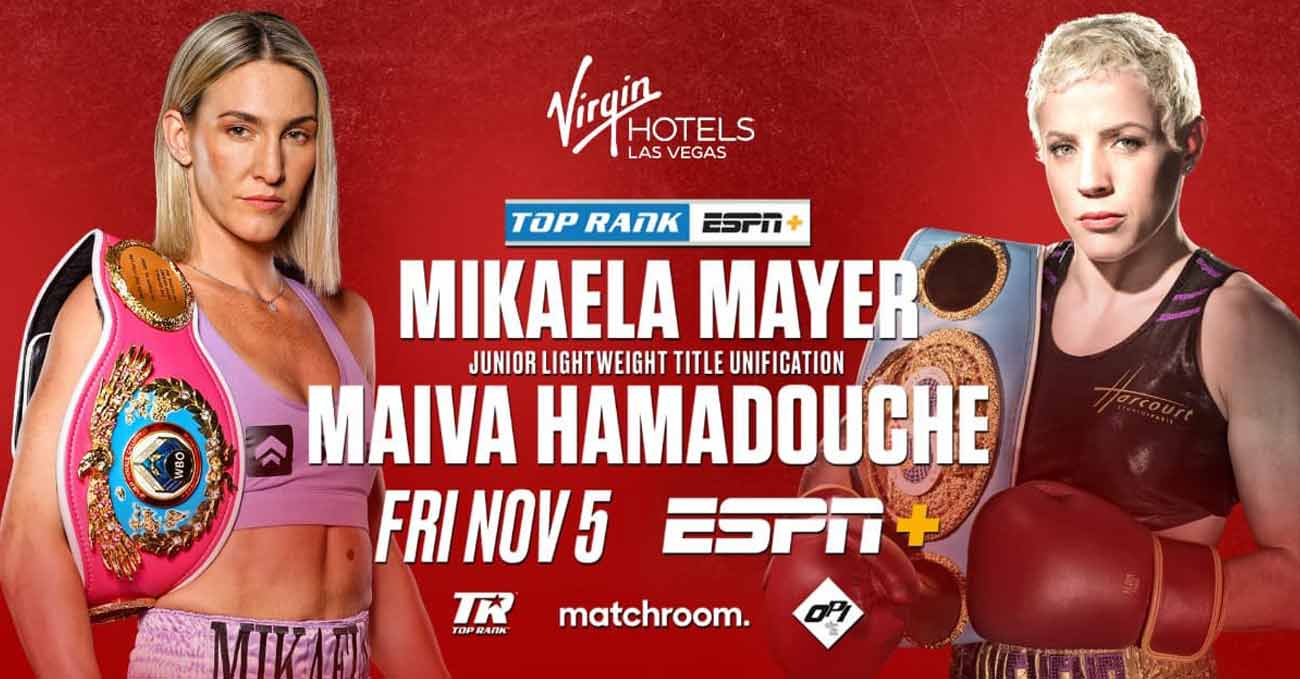 Review by AllTheBestFights.com: 2021-11-05, epic match thanks to an amazing performance by both boxers: Mikaela Mayer vs Maiva Hamadouche was an absolute war and it get five stars; it’s our second candidate for boxing Fight of the Year 2021!
Hamadouche vs Mayer is the main event of the evening and it is valid for the IBF and WBO World Female super-featherweight titles. Watch the video and rate this fight!

The undefeated former Olympian and current Wbo super-Fw champion Mikaela Mayer entered this fight with a perfect boxing record of 15-0-0 (5 knockouts) and she is ranked as the No.3 women’s super featherweight in the world.
In her last three bouts she has won over Helen Joseph, Ewa Brodnicka (Ewa Brodnicka vs Mikaela Mayer) and Erica Anabella Farias.

Her opponent, Maiva Hamadouche, has an official record of 22-1-0 (18 KOs=82%) and she entered as the No.2 in the women’s super featherweight division.
She suffered her only loss when she faced Delfine Persoon in 2015, since then she has won 13 consecutive bouts beating Janeth Perez and Nina Pavlovic in her last two.