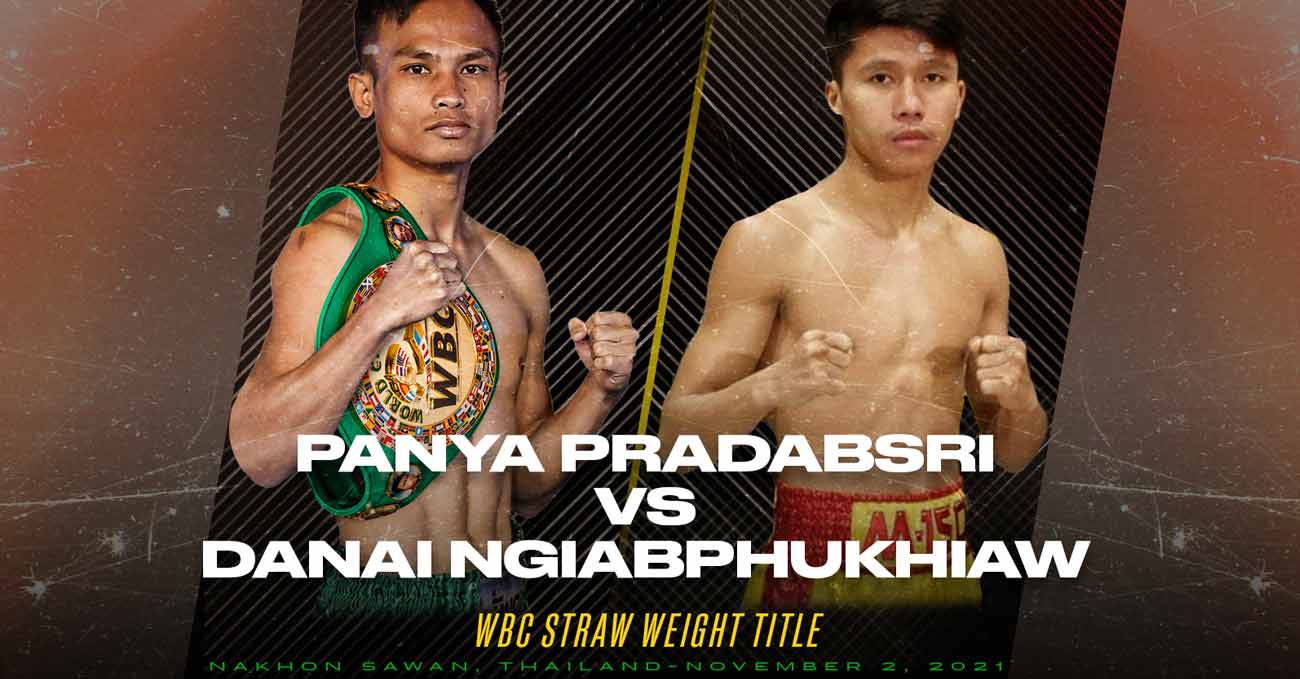 Review by AllTheBestFights.com: 2021-11-02, some good exchanges in the second part of the match but it is not enough to get three stars: the boxing fight Panya Pradabsri vs Danai Ngiabphukhiaw gets two stars (take a look at our ranking of the Best Boxing Fights of 2021).
Ngiabphukhiaw vs Pradabsri is the main event of the evening and it is valid for the WBC World minimumweight title (Pradabsri’s first defense). Watch the video and rate this fight!

The Wbc champion Panya Pradabsri (also known as Petchmanee CP Freshmart or Petchmanee Kokietgym) entered this fight with a professional boxing record of 36-1-0 (23 knockouts) and he is ranked as the No.1 minimumweight in the world.
He suffered his only loss when he faced Chaozhong Xiong in 2017 (via majority decision, Xiong Zhao Zhong vs Petchmanee Kokietgym), since then he has won 18 consecutive bouts defeating Wichet Sengprakhon, Wanheng Menayothin (Wanheng Menayothin vs Panya Pradabsri) and Pattharapong Rueangsilanon in his last three.

His opponent, Danai Ngiabphukhiaw, has an official record of 9-2-0 (5 knockouts) and he entered as the No.37 in the minimumweight division.
He was defeated by Yodtanong Chaepet in 2019 but then he has won seven matches beating Wichet Sengprakhon and Worawatchai Boonjan in 2021.