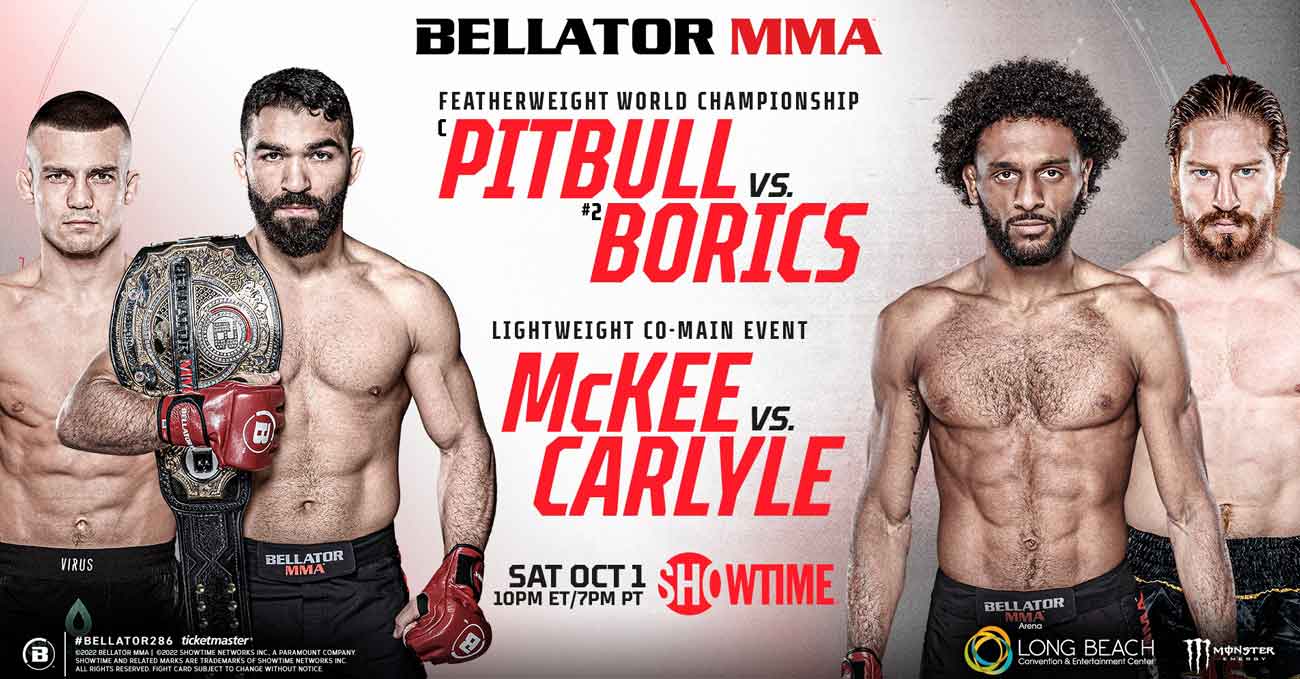 Review by AllTheBestFights.com: 2022-10-01, great performance by both fighters: the mma match AJ McKee vs Spike Carlyle gets three stars (take a look at our ranking of the Best Mma Fights of 2022).
Carlyle vs McKee is scheduled to take place Saturday, October 1st, at the Long Beach Arena in Long Beach (California, USA), in a 3-round lightweight (155 lbs, 70 kg) bout; undercard of Patricio Pitbull Freire vs Adam Borics – Bellator 286. Watch the video and rate this fight!

His opponent, the black belt in judo Spike Carlyle, has an official record of 14-3-0 (93% finishing rate) and he entered as the No.46 in the lightweight division.
He lost two consecutive bouts in 2020, against Billy Quarantillo and Bill Algeo, but then he has won five matches defeating JJ Ambrose, Dan Moret and Koji Takeda in his last three.