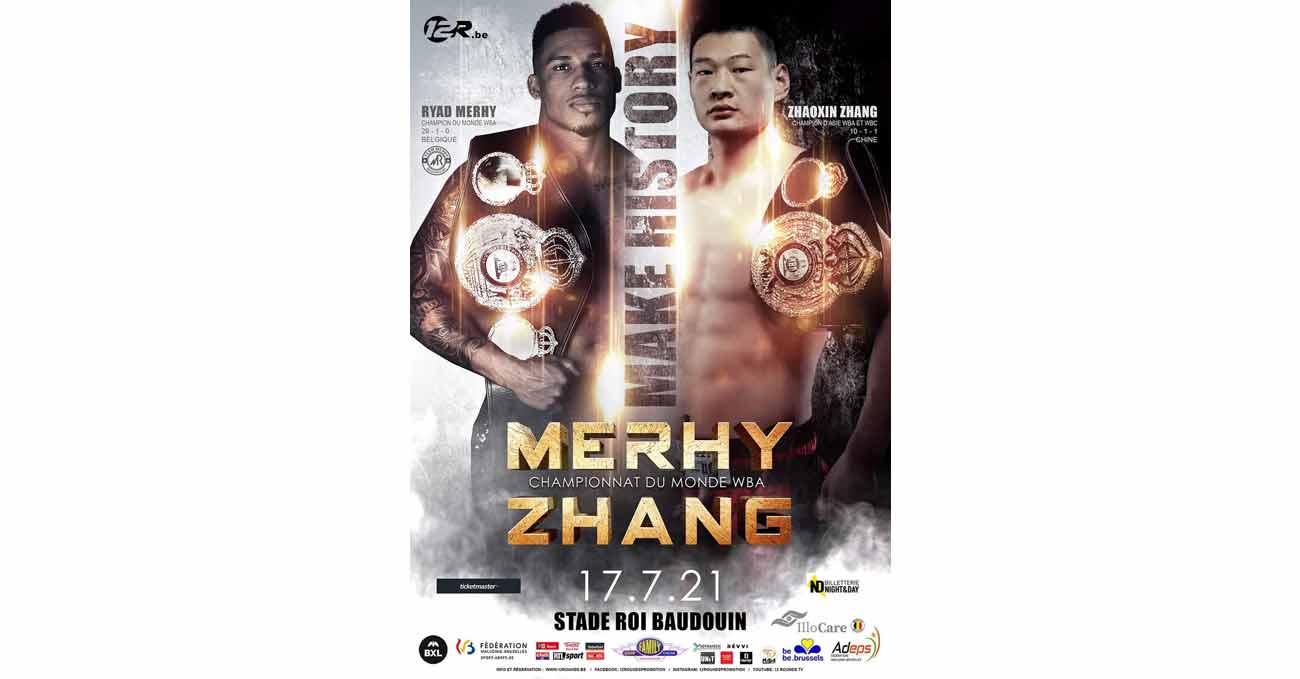 Review by AllTheBestFights.com: 2021-07-17, some good exchanges but it is not enough to get three stars: the boxing fight Ryad Merhy vs Zhaoxin Zhang gets two (take a look at our ranking of the Best Boxing Fights of 2021).
Zhang vs Merhy is the main event of the evening and it is valid for the WBA World cruiserweight title. Watch the video and rate this fight!

The interim WBA Cw champion Ryad Merhy entered this fight with a professional boxing record of 29-1-0 (24 KOs=83%) but he is not ranked as he hasn’t fought since October 2019.
He suffered his only loss when he faced Arsen Goulamirian in 2018 (Arsen Goulamirian vs Ryad Merhy), since then he has collected five victories defeating Cesar David Crenz and Imre Szello in his last two (Ryad Merhy vs Imre Szello).

His opponent, Zhaoxin Zhang, has an official record of 10-1-1 (6 knockouts) and he entered as the No.67 in the cruiserweight division.
He was defeated by Zulipikaer Maimaitiali in 2019 but then he has won five matches beating Zi Yue Lyu and Jianzheng Wang in 2020.