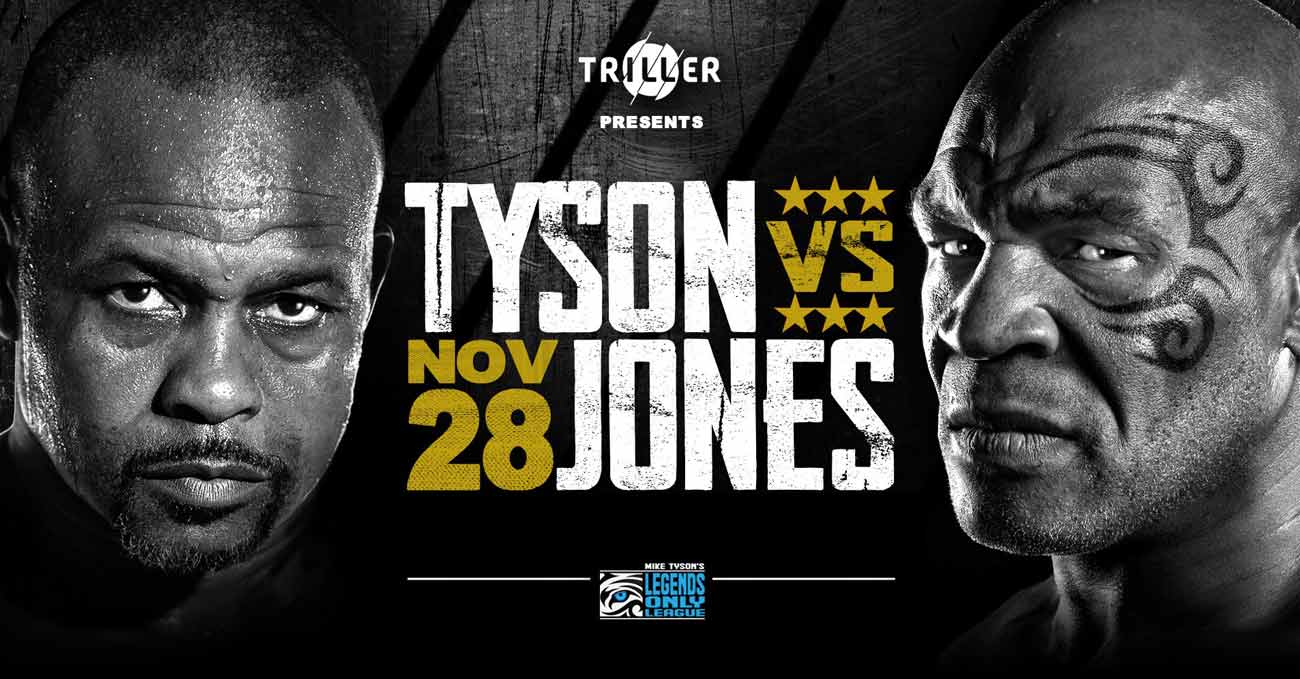 Review by AllTheBestFights.com: 2020-11-28, since Mike Tyson vs Roy Jones Jr was just an exhibition, we prefer not to rate this fight, but it was pretty entertaining… (take a look at our ranking of the best boxing fights of 2020).
The former undisputed heavyweight world champion (Wbc, Wba and Ibf) Mike Tyson entered this fight with a professional boxing record of 50-6-0 (44 KOs=88%) but he is not ranked as he hasn’t fought since June 11, 2005 when he was defeated by Kevin McBride; before this bout he had also lost to Danny Williams in 2004 (5-stars fight, Danny Williams vs Mike Tyson). If you want to watch two other spectacular fights of Tyson, here are the two bouts we have rated with 5 and 4 stars: “The Ring magazine” Knockout of the Year 2002, Lennox Lewis vs Mike Tyson, and the fight held in 2000 Mike Tyson vs Julius Francis.
His opponent, the former Olympian and former four-division world champ Roy Jones Jr (who is now 51 years old, three years younger than Tyson), has an official record of 66-9-0 (47 knockouts) and he is also not ranked as he hasn’t fought since February 8, 2018 when he beat Scott Sigmon (Roy Jones Jr vs Scott Sigmon). Among the best fights of Roy Jones we suggest these two bouts of 2008, both rated with four stars, Joe Calzaghe vs Roy Jones Jr and Roy Jones Jr vs Felix Trinidad, but you should also watch “The Ring magazine” Knockout of the Year 2004 Antonio Tarver vs Roy Jones Jr 2.
Jones vs Tyson is valid for the WBC Frontline Battle Belt and it is an exhibition fight whith the following rules: eight two-minute rounds with both boxers using 12 oz gloves instead of the traditional 10 oz. Before signing with Roy Jones Junior, Iron Mike tried to negotiate also with Evander Holyfield but the deal failed to materialize. Mike Tyson weighed-in at 220.4 lbs (100 kg) and he should earn $ 10 million (plus earnings from PPV sales) while the purse for Roy Jones, who weighed-in at 210 lbs (95 kg), is expected to be $ 3 million. Watch the video and rate this fight!