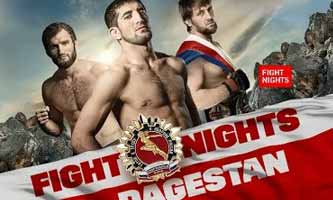 The undefeated black belt in judo and Bellator Hw champion Vitaly Minakov entered this fight with a perfect mma record of 15-0-0 (87% finishing rate) and he is ranked as the No.13 heavyweight in the world while his opponent, Geronimo dos Santos, has an official record of 36-15-0 (94% finishing rate). Minakov defended his Bellator Hw belt at the end of 2014 against Cheick Kongo (=Minakov vs Kongo) and then he defeated Adam Maciejewski. Minakov vs ‘Mondragon’ dos Santos is the main event of EFN Dagestan. Watch the video and rate this fight!