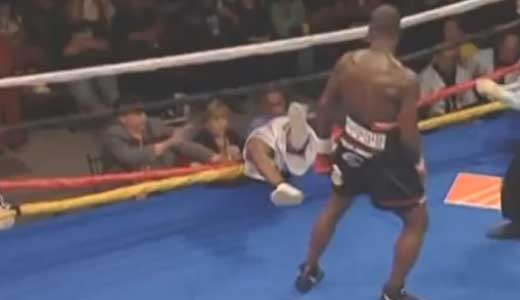 Review: 2008-01-11, after his second defeat (against Kelly Pavlik, one of the fights of the year of 2007) and before the rematch against Arthur Abraham, Edison “Pantera” Miranda faced the American David Banks in the super middleweight division. After two tactical rounds, Miranda picks up the pace and knocks Banks out with a perfect right hand that sends David Banks outside of the ring! Miranda vs Banks was awarded as the “Knockout of the Year” (by The Ring magazine). Edison Miranda entered the fight with a record of 29-2-0 while David Banks had a record of 15-3-1. Watch the video!