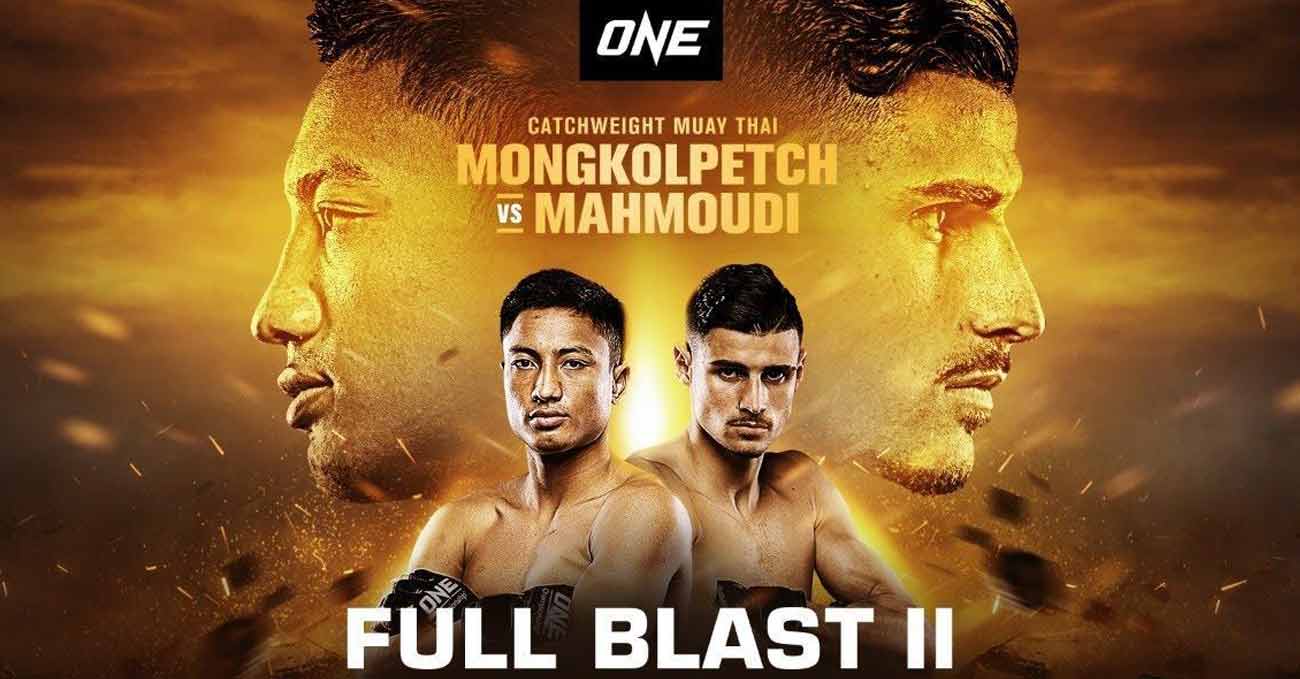 Review by AllTheBestFights.com: 2021-06-11, nice and tough muay thai fight: Mongkolpetch Petchyindee Academy vs Elias Mahmoudi gets three stars (take a look at our ranking of the Best Kickboxing Fights of 2021).
Mahmoudi vs Mongkolpetch is the main event of ONE Championship: Full Blast 2. Watch the video and rate this fight!

The former Lumpinee, Channel 7 and Toyota Marathon champion Mongkolpetch Petchyindee Academy entered this fight with a professional kickboxing record of 115-41-0 and he is ranked as the No.5 lightweight in the world.
In his last three matches he has beat Sok Thy and Kaewkangwan Priwayo but then he has lost to Chorfah Tor.Sangtiennoi.

His opponent, the former WPMF world champ Elias Mahmoudi, has an official record of 20-6-0 (8 knockouts) and he entered as the No.12 in the super featherweight division.
He was defeated by Petchdam Petchyindee Academy in May 2019 but then he beat Lerdsila Chumpairtour in December.

Selection of the best videos about the fight Mongkolpetch Petchyindee Academy vs Elias Mahmoudi. If you have seen the full fight you can rate it at the bottom of this post.