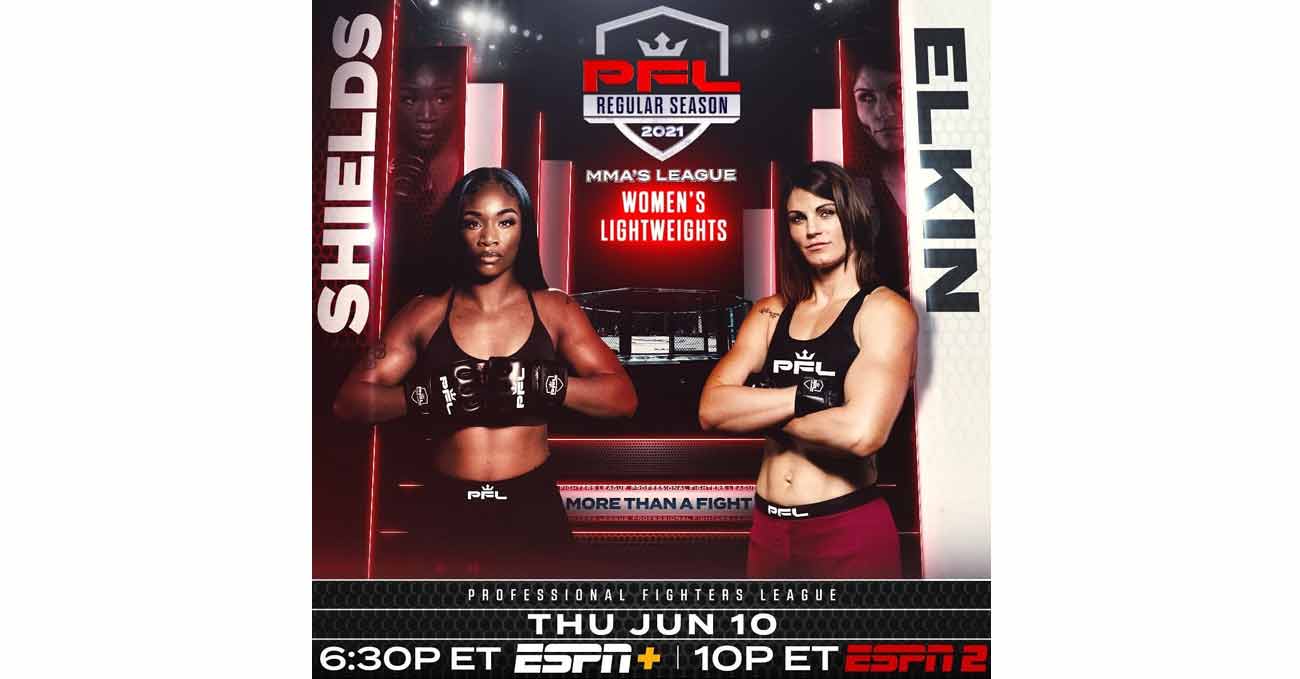 Review by AllTheBestFights.com: 2021-06-10, pretty good mma fight: Claressa Shields vs Brittney Elkin gets three stars (take a look at our ranking of the Best Mma Fights of 2021).
Elkin vs Shields is the main event of PFL 4 – Professional Fighters League. Watch the video and rate this fight!

Her opponent, Brittney Elkin, has an official record of 3-6-0 (33% ko/tko victory rate – she has never won via submission) but she is not ranked as he hasn’t fought since January 2019.
The last time she won a fight was against Kola Shippentower Willingham in 2016, since then she has lost three consecutive bouts: with Amanda Bell, Kayla Harrison and Bobbi Jo Dalziel.

Selection of the best videos about the fight Claressa Shields vs Brittney Elkin. If you have seen the full fight you can rate it at the bottom of this post.