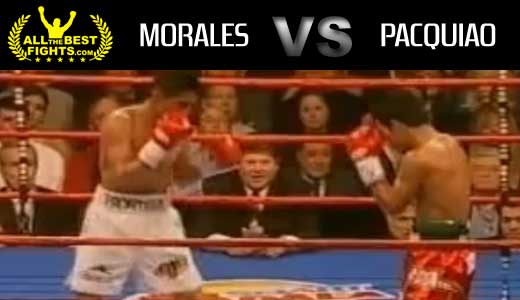 Review: the first fight between Erik Morales and Manny Pacquiao could easily win the title of fight of the year of 2005. Morales came from his second defeat against Marco Antonio Barrera (one of the best fights of 2004), while Pacquiao, who also had two losses in his record, had not lost since 1999 (against Medgoen Singsurat), but for the Filipino it was the first fight in the super featherweight division. This first battle between “El Terrible” Morales and “Pac Man” Pacquaio was valid for the vacant WBC and IBA International super featherweight titles. Watch the video!

Video:(This is a free embeddable highlights video hosted on Youtube and it was not uploaded by AllTheBestFights, to report it please visit this link where the video is hosted)