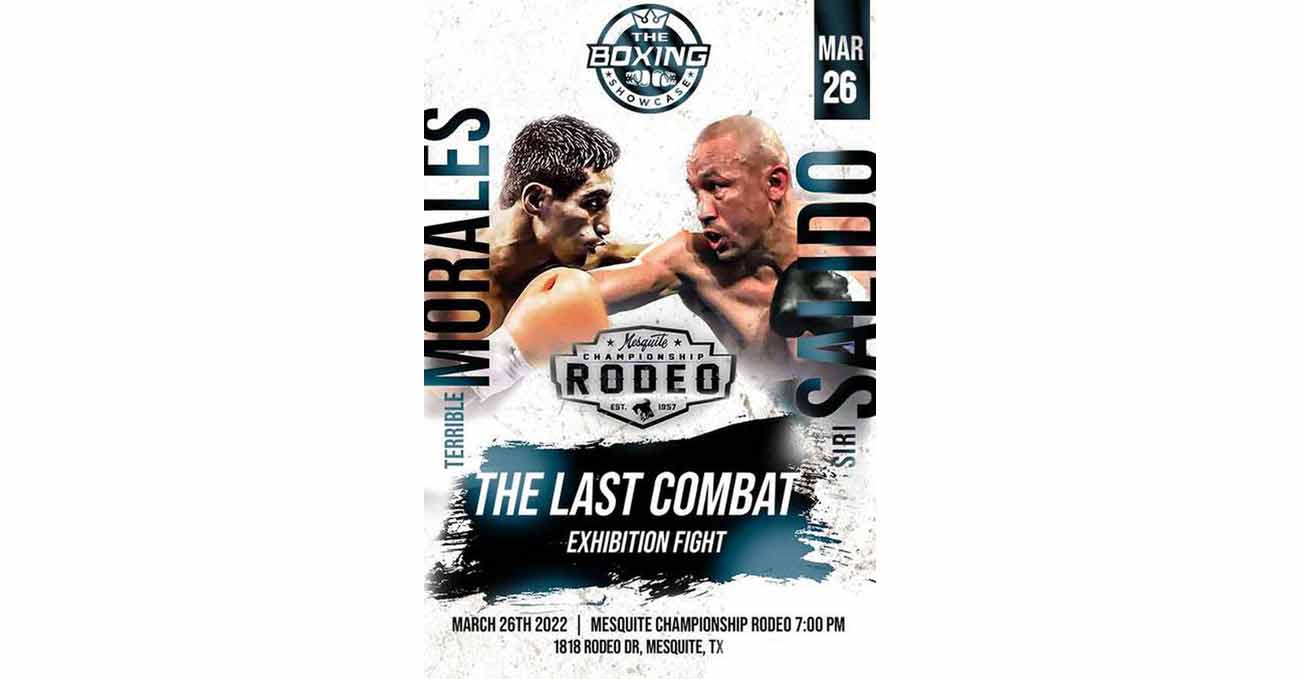 Review by AllTheBestFights.com: 2022-03-26, Erik Morales vs Orlando Salido was just an exhibition, so we prefer not to rate this boxing fight.
Salido vs Morales is the main event of the evening. Watch the video and rate this fight!

His opponent, the former world champion in two different weight classes Orlando Salido, has a record of 44-14-4 (31 knockouts) but he is not ranked as he hasn’t fought since 2017.
In his last three matches ‘Siri’ Salido tied with with Francisco Vargas in 2016 (Fight of the Year candidate, Vargas vs Salido), beat Aristides Perez in 2017 (Salido vs Perez) and lost to Miguel Roman in 2017 (Orlando Salido vs Miguel Roman).
Among the best fights of Salido we suggest these two rated with five stars: