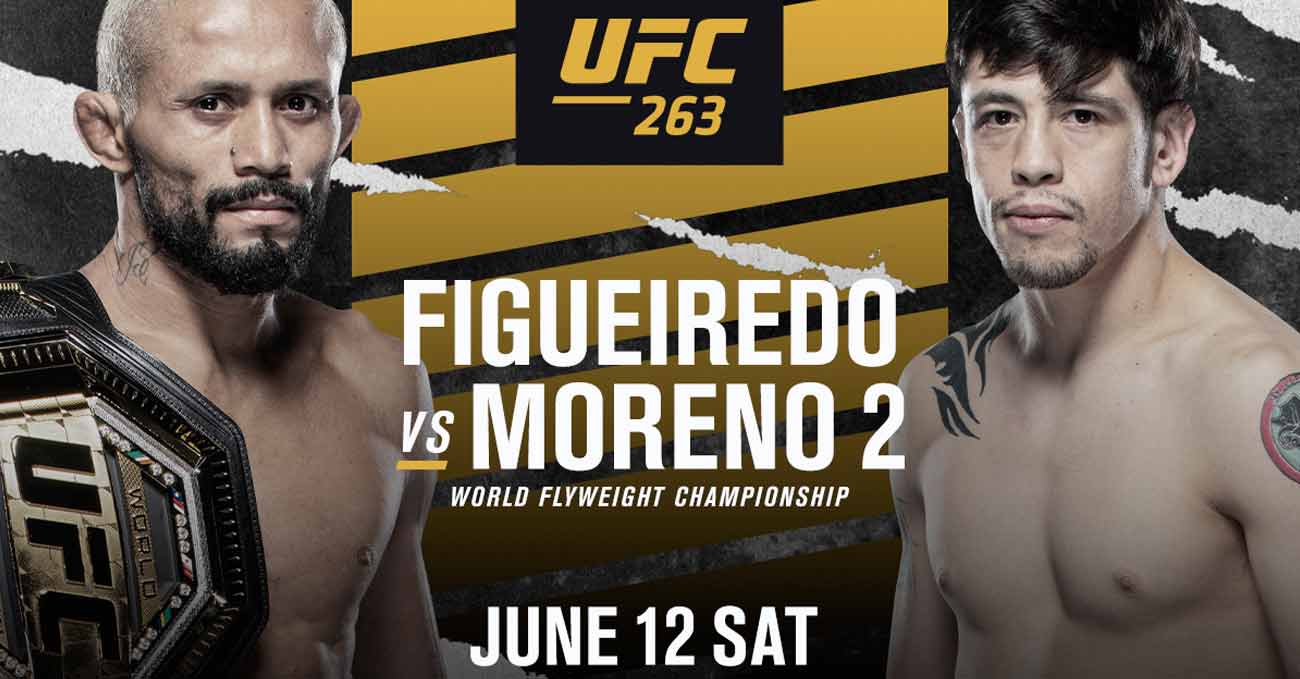 Review by AllTheBestFights.com: 2021-06-12, pretty good finish but the rest of the match was not so exciting: the mma fight Deiveson Figueiredo vs Brandon Moreno 2 gets two stars (UFC Performance of the Night – take a look at our ranking of the Best Mma Fights of 2021).
Moreno vs Figueiredo 2 is valid for the UFC Flyweight Championship (Figueiredo’s fourth defense); undercard of Israel Adesanya vs Marvin Vettori 2 – UFC 263. Watch the video and rate this fight!

Their next fight: Brandon Moreno vs Deiveson Figueiredo 3

Selection of the best videos about the fight Deiveson Figueiredo vs Brandon Moreno 2. If you have seen the full fight you can rate it at the bottom of this post.