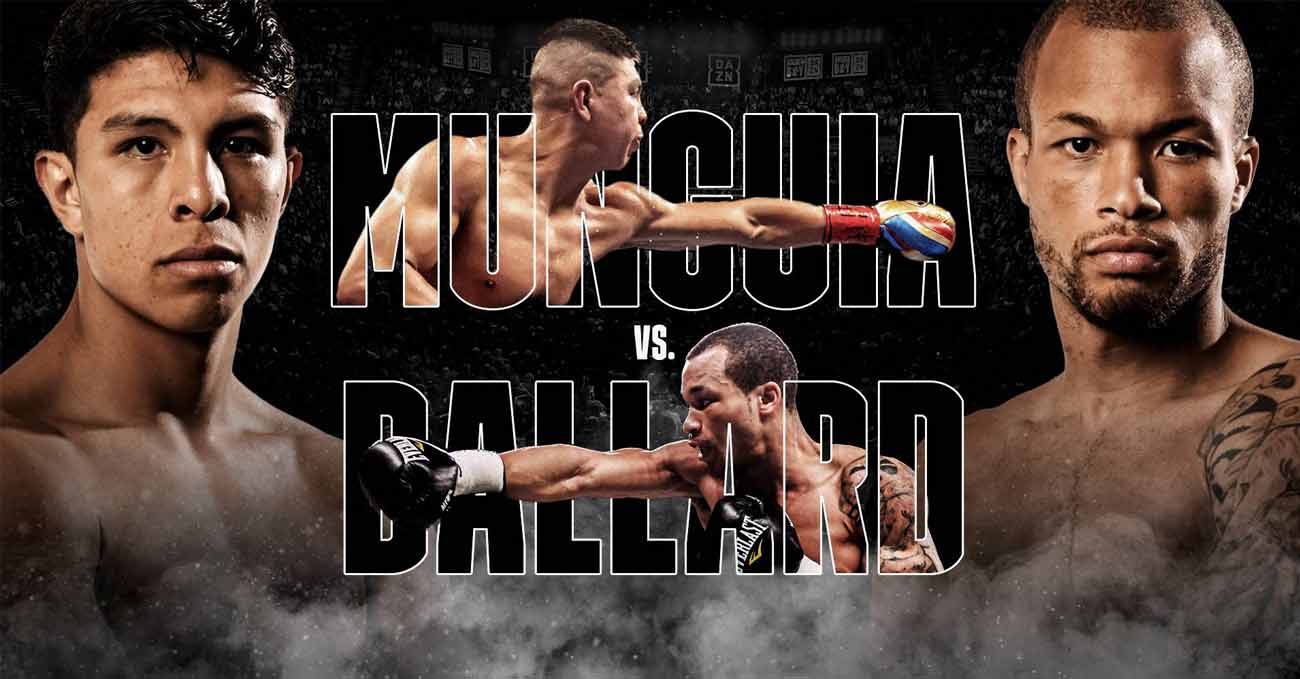 Review by AllTheBestFights.com: 2022-02-19, pretty good finish but it is not enough to get three stars: the boxing fight Jaime Munguia vs D’Mitrius Ballard gets two (take a look at our ranking of the Best Boxing Fights of 2022).
Ballard vs Munguia is the main event of the evening and it is valid for the WBO Inter-Continental middleweight title. Watch the video and rate this fight!

His opponent, the undefeated D’Mitrius Ballard, has a boxing record of 21-0-1 (13 knockouts) and he entered as the No.44 in the middleweight division.
In his last three bouts he has faced Elias Espadas, but it ended in a no-decision, has tied with Yamaguchi Falcao and has beat Paul Valenzuela Jr.