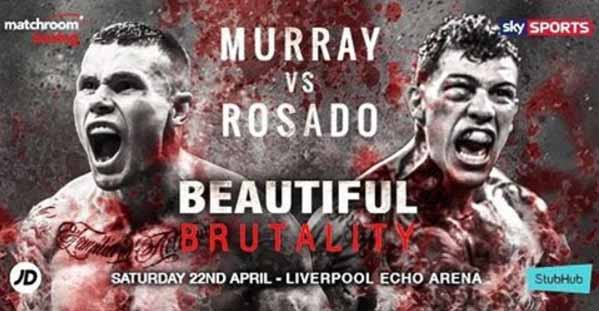 Review by AllTheBestFights.com: 2017-04-22, fight not particularly exciting between Martin Murray and Gabriel Rosado: it gets two stars.

The former Wba Mw champion Martin Murray entered this fight with a professional record of 34-4-1 (16 knockouts) and he is ranked as the No.9 super middleweight in the world. He fought three times in 2016 beating Cedric Spera (=Murray vs Spera) and Nuhu Lawal (=Murray vs Lawal) but between these two bouts he was defeated by current #1 George Groves (=Murray vs Groves).
His opponent, Gabriel Rosado, has a boxing record of 23-10-0 (13 knockouts) and he entered as the No.33 middleweight. He fought twice last year winning over Antonio Gutierrez and losing to Willie Monroe Jr (=Monroe Jr vs Rosado). Martin Murray vs Gabriel Rosado is the main event of the evening. Watch the video and rate this fight!