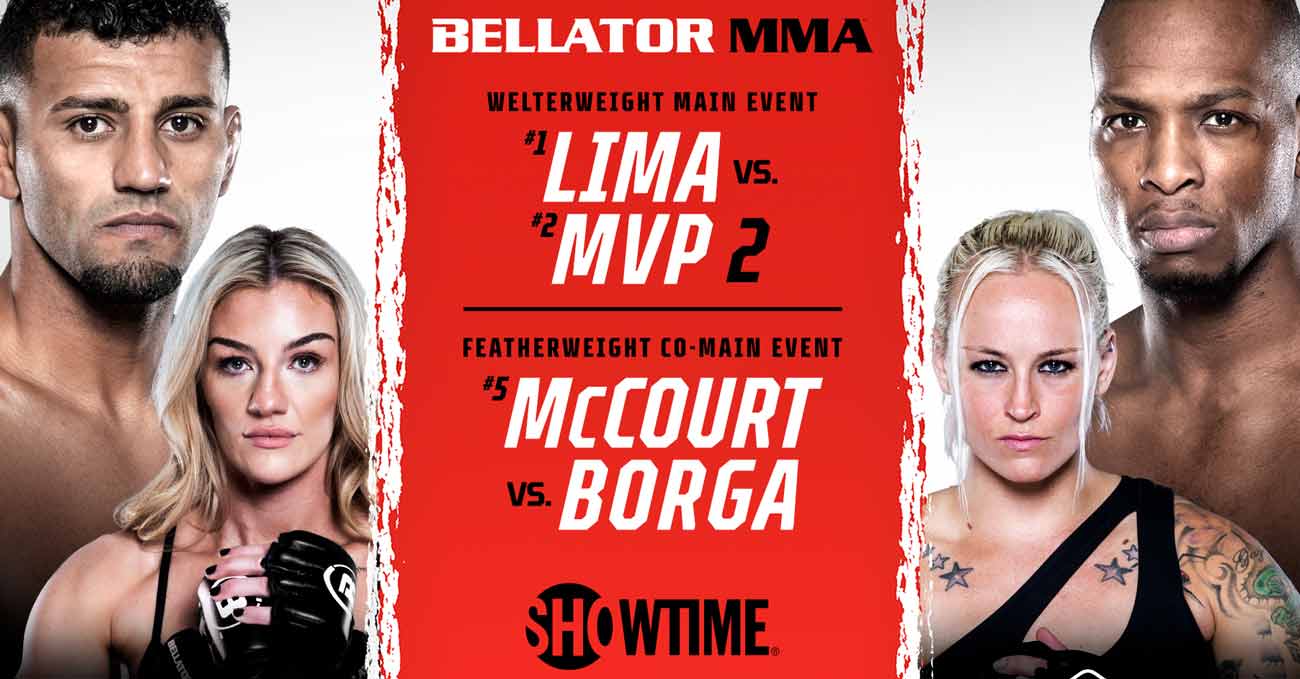 Review by AllTheBestFights.com: 2021-10-01, mma fight not so exciting: Douglas Lima vs Michael Page 2 gets two stars (take a look at our ranking of the Best Mma Fights of 2021).
MVP vs Lima 2 is the main event of Bellator 267. Watch the video and rate this fight!

His opponent, the freestyle kickboxer Michael Page, has an official record of 19-1-0 (79% finishing rate) and he entered as the No.40 in the welterweight division.
Venom Page suffered his only loss when he faced Douglas Lima in their first bout in 2019 (match ranked in the top 10 Users’ mma Fights of the Year, Douglas Lima vs Michael Page), after this fight he has collected five victories beating Ross Houston (Michael Page vs Ross Houston) and Derek Anderson in his last two (Michael Page vs Derek Anderson).