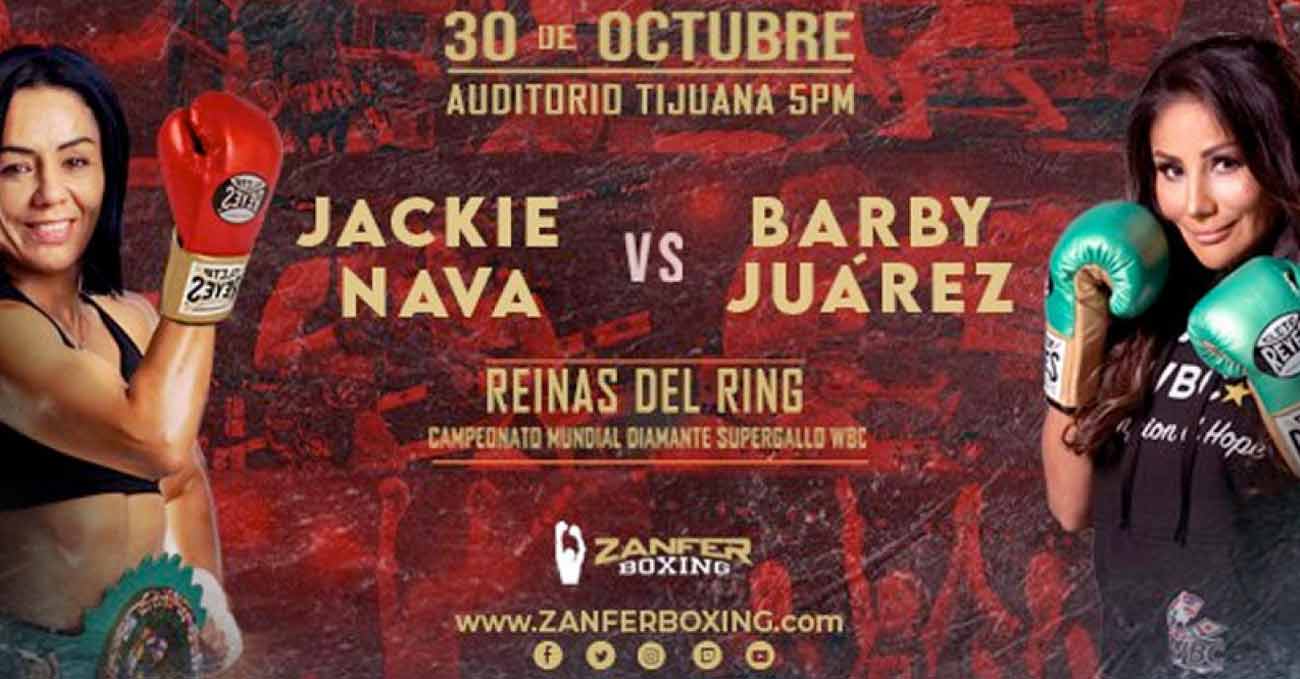 Review by AllTheBestFights.com: 2021-10-30, great performance by both boxers: the boxing fight Jackie Nava vs Mariana Juarez gets three stars (take a look at our ranking of the Best Boxing Fights of 2021).
Juarez vs Nava is the main event of the evening and it is valid for the vacant WBC Diamond female super-bantamweight title. Watch the video and rate this fight!

The former world champion in two different weight classes Jackie Nava entered this fight with a boxing record of 38-4-4 (16 knockouts) and she is ranked as the No.2 super bantamweight in the world.
‘La Princesa Azteca’ Nava was defeated by Ana Maria Torres in 2011 but since then she has collected one draw and 14 victories beating Estrella Valverde, Marisol Corona and Karina Fernandez in her last three.

Her opponent, also former world champion in two different weight divisions Mariana Juarez, has an official record of 55-10-4 (19 knockouts) and she entered as the No.4 in the super bantamweight division.
‘Barbie’ Juarez lost to Yulihan Alejandra Luna Avila last year but then she came back to win with Alejandra Soto in May 2021.