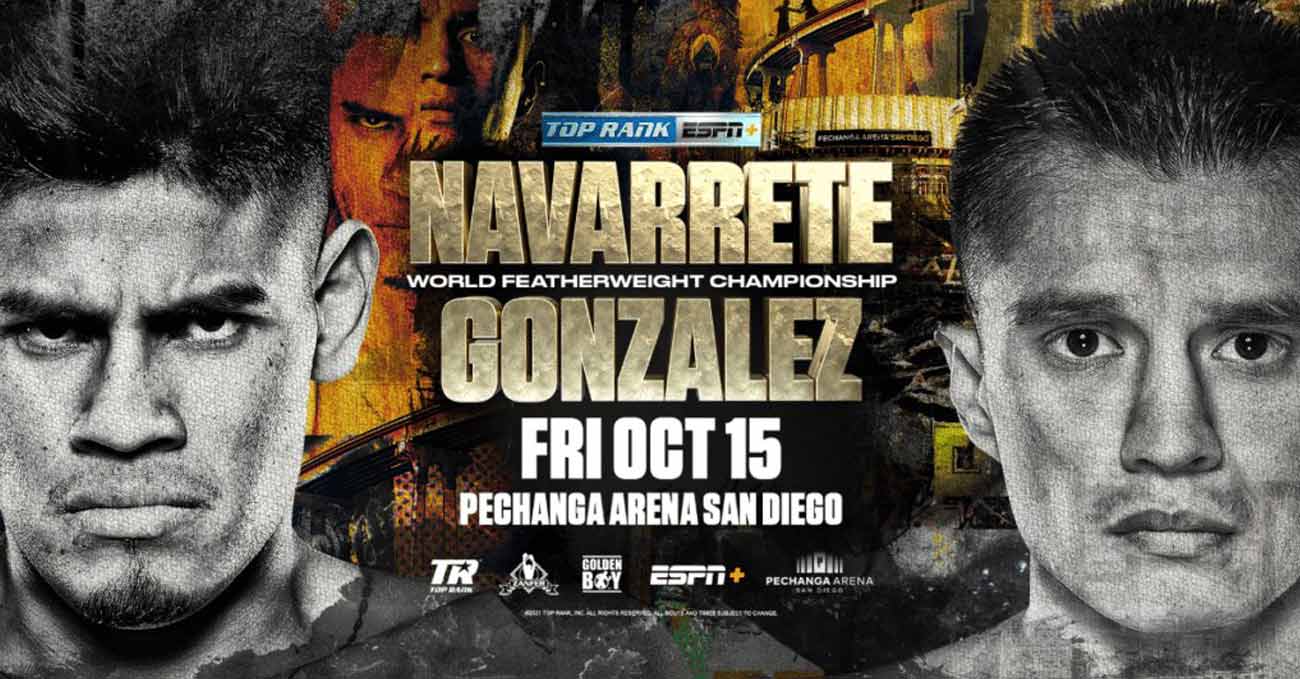 Review by AllTheBestFights.com: 2021-10-15, amazing performance by both boxers with some tremendous exchanges: Emanuel Navarrete vs Joet Gonzalez is one of the best boxing Fights of the Year 2021 and it gets four stars!
Gonzalez vs Navarrete is the main event of the evening and it is valid for the WBO World featherweight title (Navarrete’s second defense). Watch the video and rate this fight!