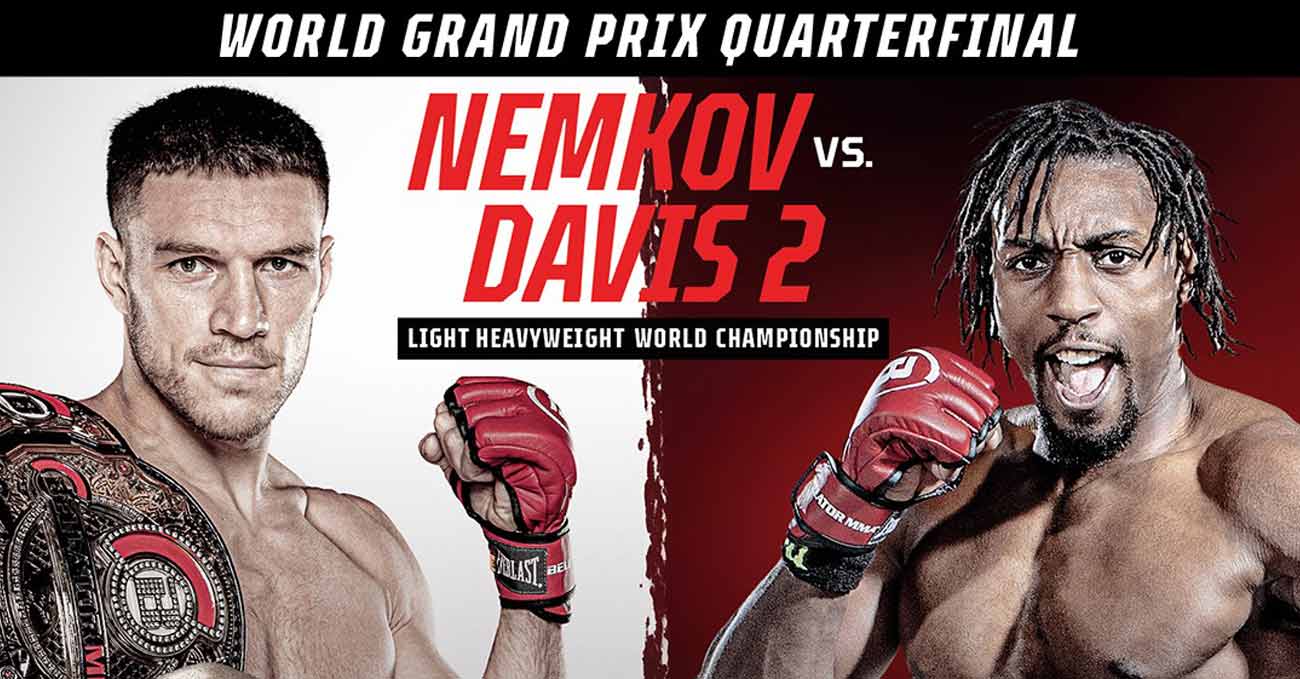 Review by AllTheBestFights.com: 2021-04-16, mma fight not so exciting: Vadim Nemkov vs Phil Davis 2 gets two stars.
Davis vs Nemkov 2, main event of Bellator 257, is the quarter-final of the Bellator light-Hw world gran prix tournament and it is valid for the Bellator light heavyweight title. Watch the video and rate this fight!

Selection of the best videos about the fight Vadim Nemkov vs Phil Davis 2. If you have seen the full fight you can rate it at the bottom of this post.