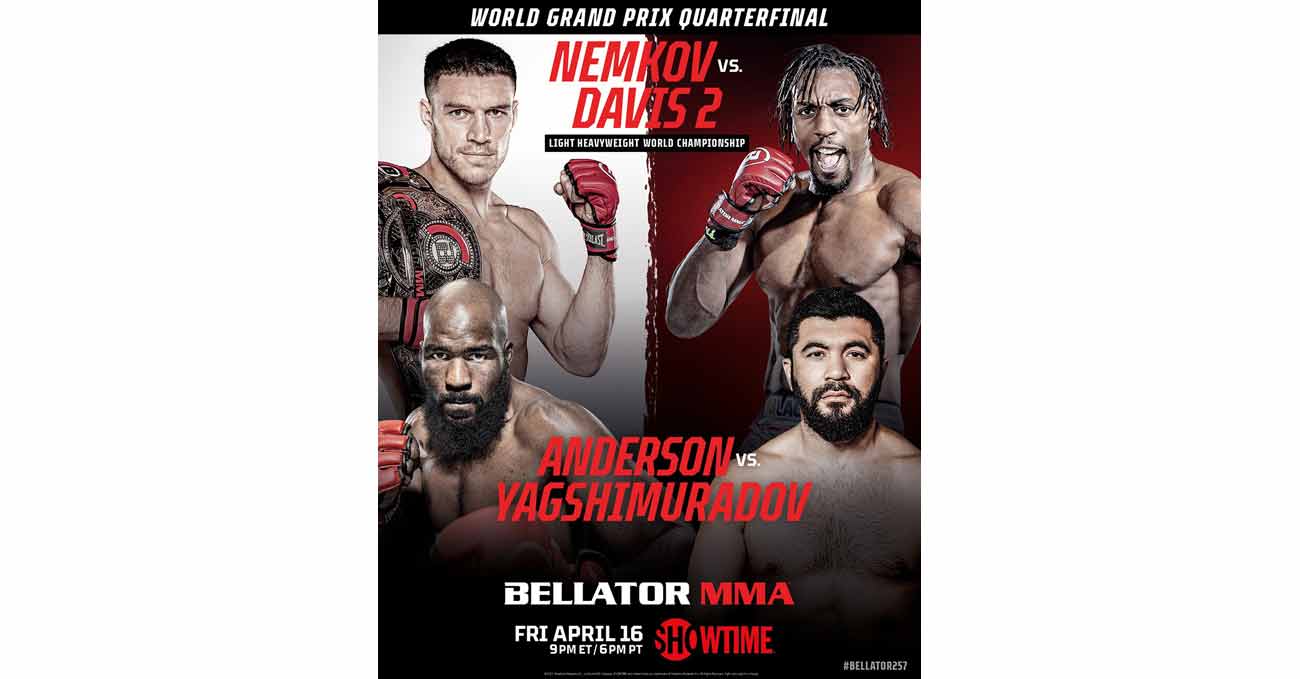 Review by AllTheBestFights.com: 2021-04-16, mma fight not particularly good: Corey Anderson vs Dovletdzhan Yagshimuradov gets two stars.
Yagshimuradov vs Anderson is the quarter-final of the Bellator light-Hw world gran prix tournament and it is on the undercard of Vadim Nemkov vs Phil Davis 2 – Bellator 257. Watch the video and rate this fight!

His opponent, Dovletdzhan Yagshimuradov, has an official record of 18-5-1 (83% finishing rate) but he is not ranked as he hasn’t fought since December 14, 2019 when he defeated Aleksei Butorin.
He suffered his last loss when he faced Mikhail Ragozin in 2015, since then he has won seven consecutive matches.

Selection of the best videos about the fight Corey Anderson vs Dovletdzhan Yagshimuradov. If you have seen the full fight you can rate it at the bottom of this post.